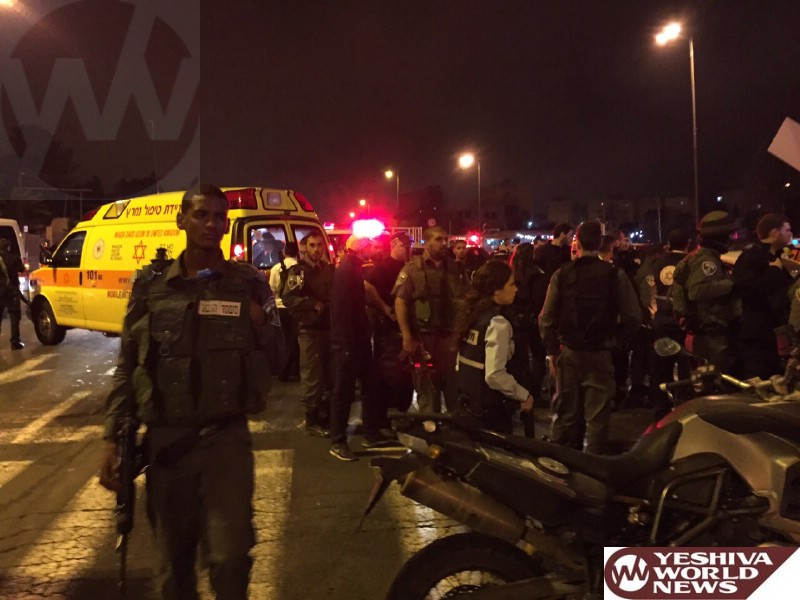 B’chasdei Hashem, Ms. Shira [bas Ada] Klein, 20, was released from Hadassah Ein Kerem Hospital on Thursday morning 11 Iyar. Klein was seriously injured in a vehicular terrorist attack that claimed the life of Shalom Yochai Sherki HY”D. Klein was released two weeks after the attack. She is transferred to the Tel Hashomer Hospital rehabilitation unit to begin regaining her ability to function as she did prior to the attack.

Smiling and thanking all those who took care of her in the hospital’s orthopedic unit, Klein left Hadassah and is now heading for therapy to regain her strength. Mrs. Ada Klein told the press, “Shira is feeling much better and we hope her condition continues to improve”.

Police a day before her release approved the publication of the video which shows the Arab driver slam into pedestrians at the bus stop intentionally. On Monday 8 Iyar, an indictment was filed against the driver/terrorist, Khalid Kutina, 27, from Jerusalem.

Video of the attack has been released by authorities: