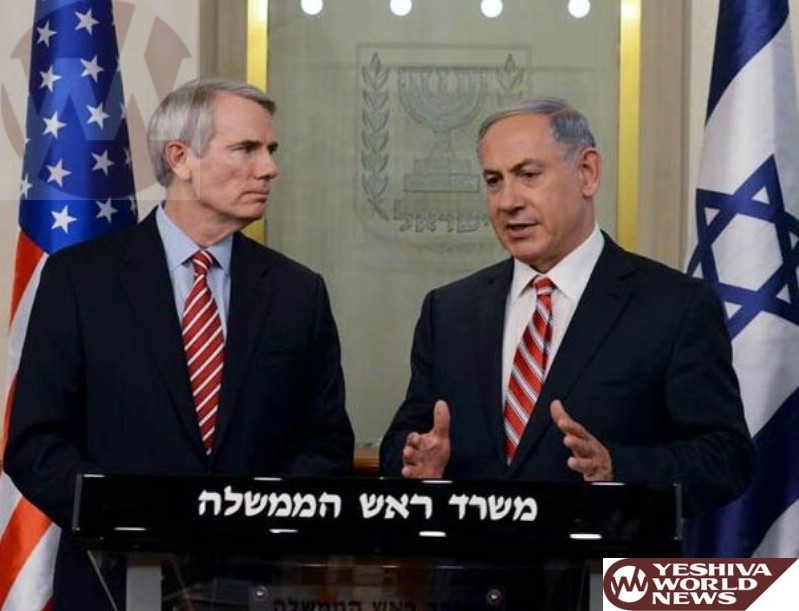 Prime Minister Binyamin Netanyahu on Sunday 14 Iyar met US Senator Rob Portman (R-OH), who chairs the Permanent Subcommittee on Investigations of the Senate Committee on Homeland Security and Governmental Affairs, and told him at the start of their meeting:

“I welcome you here in that spirit of friendship between Israel and the United States. That doesn’t mean we don’t have differences of view.

“It is given first a vast nuclear infrastructure that is not needed for civilian nuclear energy. It also gives Iran the capacity within a decade or so to have the ability to produce fuel for dozens of nuclear bombs with virtually no breakout time, and this under international legitimacy. And it also gives, fills Iran’s coffers in a very short time with tens of billions of dollars to fuel its aggression and its terrorism.