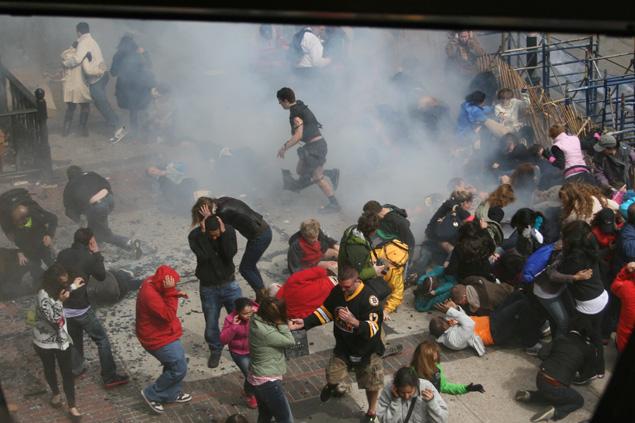 Lawyers for Boston Marathon bomber Dzhokhar Tsarnaev rested their case Monday to save him from the death penalty, portraying him as an impressionable teenager from a troubled family who was lured into the deadly plot by his radicalized older brother.

The defense team called more than 40 witnesses during the penalty phase of his trial in the hope of convincing the jury that Tsarnaev’s late older brother was the mastermind of the plot and that Tsarnaev deserves life in prison instead of execution.

His teachers recalled a sweet, hardworking boy, while his Russian family members wept as they described a kind child with an infectious smile.

A psychiatrist said Tsarnaev’s father struggled with severe post-traumatic stress disorder, while others described a mother who became obsessed with religion.

A nun and death penalty opponent made famous in the 1995 movie “Dead Man Walking” said Tsarnaev expressed genuine sorrow for the victims of the attacks when she spoke with him recently.

Three people were killed and more than 260 were injured when the Tsarnaev brothers placed two pressure-cooker bombs near the finish line of the marathon April 15, 2013. Days after the bombings, the brothers also fatally shot a Massachusetts Institute of Technology police officer in his cruiser.

From the beginning of the trial, Tsaranev’s lawyers admitted he participated in the bombings but said his older brother, Tamerlan, was the mastermind. Tsarnaev was convicted of all 30 charges against him during the first phase of the trial, including 17 that carry the possibility of the death penalty.

During the penalty phase, Tsarnaev’s lawyers urged the jury to consider Tsarnaev’s young age at the time of the bombings —19 — and his dysfunctional family as mitigating factors and grounds to spare his life.

Friends and family members said 26-year-old Tamerlan embraced a radical form of Islam and became a domineering influence on Dzhokhar.

Sister Helen Prejean, the last witness for the defense, began meeting with Tsarnaev in March at the request of the defense. She said she asked him how he felt about what happened to the victims of the bombing. He said, “No one deserves to suffer like they did,” she testified.

The Tsarnaevs — ethnic Chechens — had lived in the former Soviet republic of Kyrgyzstan and the volatile Dagestan region of Russia, near Chechnya, before moving to the U.S. in 2002, when Dzhokhar was 8.

During their case, prosecutors called bombing victims who gave heartbreaking testimony about watching loved ones die or having their legs blown off in the blasts. They portrayed Tsarnaev as an equal partner with his brother in the plan and someone so heartless that he placed a bomb behind a group of children, killing 8-year-old Martin Richard.

Tamerlan Tsarnaev was killed days after the bombings when he was shot during a gun battle with police and Dzhokhar ran him over during a chaotic getaway. Dzhokhar was later captured hiding in a dry-docked boat.