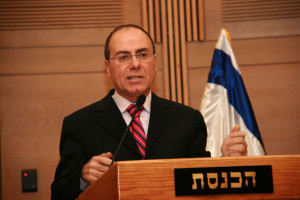 MK (Likud) Tzipi Hotevely, a member of the party’s younger generation, was pleased to learn that she was being appointed Deputy Foreign Minister without an active minister overseeing her since Prime Minister Binyamin Netanyahu is officially serving as Foreign Minister too. However, her exuberance was short lived as MK Silvan Shalom has been appointed as a minister and he will be filling the Foreign Minister’s role for all practical purposes.

According to Ynet, Shalom told his allies in the party that the prime minister promised him that he would serve as the nation’s unofficial foreign minister. This is in direct contradiction to promises from the prime minister to Hotevely, who was told she would be deputy minister with ministerial authority.

It appears that Shalom will be the one deals with the Quartet of Nations, the EU and other foreign affairs-related matters, not Hotevely, so in essence, her position is little more than a title.