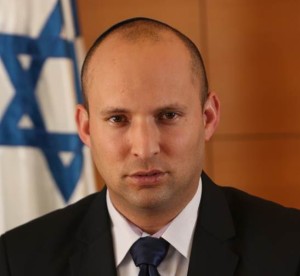 Some feel the statements released by Bayit Yehudi MK Betzalel Smotrich is a testimony to his inexperience while others opine he is simply airing party leader Naftali Bennett’s position.

Smotrich stated that if Deputy Defense Minister Rabbi Eli Ben-Dahan is not given authority over the Civil Administration throughout Yehuda and Shomron as stipulated in the coalition agreement, his party will not remain in the coalition. He accuses the prime minister of stripping Bayit Yehudi ministers of their authority by circumventing theirs positions with his own appointments.

Smotrich made his remarks during an interview with Kol Berama Radio on Tuesday, Rosh Chodesh Sivan. He explained coalition agreements must be adhered to, adding Ya’alon is part of Likud, which signed the agreement and the party is required to abide by that agreement.