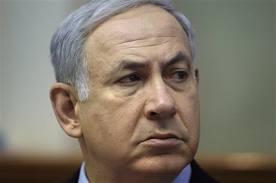 Prime Minister Binyamin Netanyahu is quoted telling the European Union’s Foreign Minister during a meeting that he is willing to accept the so-called two-state solution plan under certain conditions. This entails what is referred to as “settlement blocs”, those communities that will remain after a deal is closed as opposed to many yishuvim that will be uprooted to permit the PA (Palestinian Authority) to declare the State of Palestine.

The head of the Jordan Valley Regional Council, David Elchiani in an interview with Arutz-7 News, warns against becoming too familiar with the term “settlement blocs”, explaining by doing so, we take part in the delegitimization of communities not included in the so-called blocs. Elchiani, who is affiliated with Likud, questions the language of his colleagues, who he accuses of assisting in this delegitimization by using such a term. He cites Elon Moreh as an example, a legal community in Shomron which was established by a government of Israel but today, finds itself outside the designated “settlement bloc” in that area, hence marked for elimination.