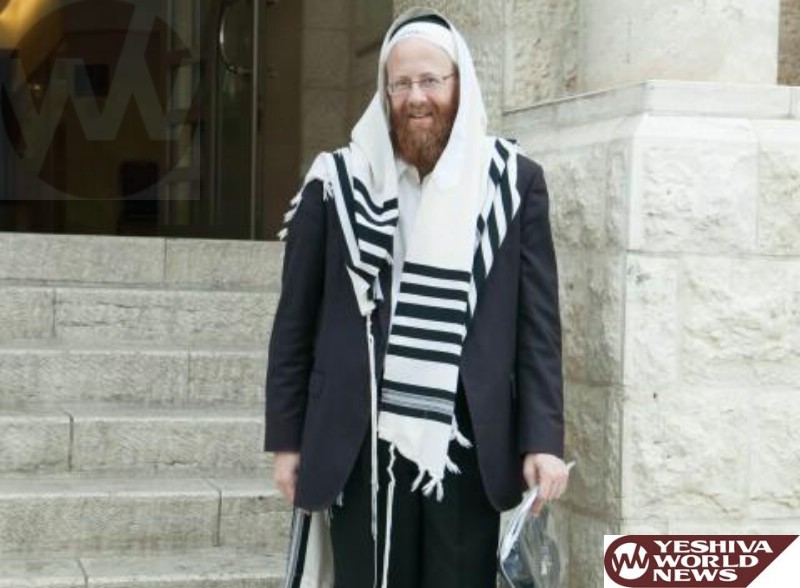 The mispallalim and families of the Kehillas Bnei Torah Shul in the Har Nof neighborhood of Har Nof will be celebrating a simcha, the bar mitzvah of Mordechai Goldstein, who was at his father’s side in the shul on the morning of the fatal attack a number of months ago

The event will take place in the shul where four mispallalim and a policeman HY”D were murdered in the terror attack. The entire shul is invited to the bar mitzvah by personal invitation from the father, Shmuel Goldstein, whose life was saved by a miracle. “Your participation in the simcha and acknowledgement of the miracle will be most appreciated” he writes. The aliyah will be this Shabbos, parshas Nasso. A kiddush will follow for the entire neighborhood. The seudas mitzvah will be held next week.

A family member is quoted by Kikar Shabbos news explaining “It marks closure for us, the celebration of the miracle that occurred that HKBH saved Mordechai and his father Shmuel. There were more than a few miracles here, that Mordechai escaped arm and that his father Shmuel was saved and now, we are celebrating the bar mitzvah and a father who was seriously wounded can celebrate alongside his son”.

Shmuel was hanging between life and death and his recovery is viewed as a medical miracle by some of the doctors.