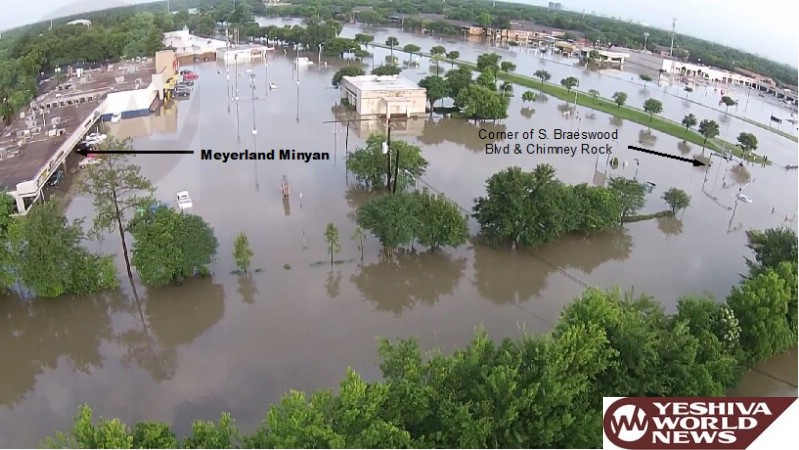 The Houston flooding that occurred on Motzei Shavuos (Monday night, May 25th) unfortunately devastated the Houston neighborhood of Meyerland.

One shul, the Meyerland Minyan, took in lots of water and experienced extensive damage. Many of their seforim were destroyed and tefillin were, r”l, ruined. Much of the building was damaged, including the flooring, kitchen cabinets, appliances, and base of the walls – all of which will need to be replaced as will much of the shul’s furniture.

Many of their member’s homes were destroyed as well. Some homes took in four feet of water as the owners spent the night sitting on their kitchen islands. One family even retreated to the crawl space in their attic. B”H no one was hurt, although one family woke up in the middle of the night to their car alarm going off due to the car filling with water. They immediately ran to their baby’s crib only to find that the water had just come up to the mattress of the sleeping infant. B”H the baby was taken out just in time.

The rebuilding process will be extensive and costly, both for the families and the shul. The community are thankful that the kehillah has come together to lend each other support and work toward rebuilding.

Anyone who would like to contribute toward the effort can do so by visiting MeyerlandMinyan.org. 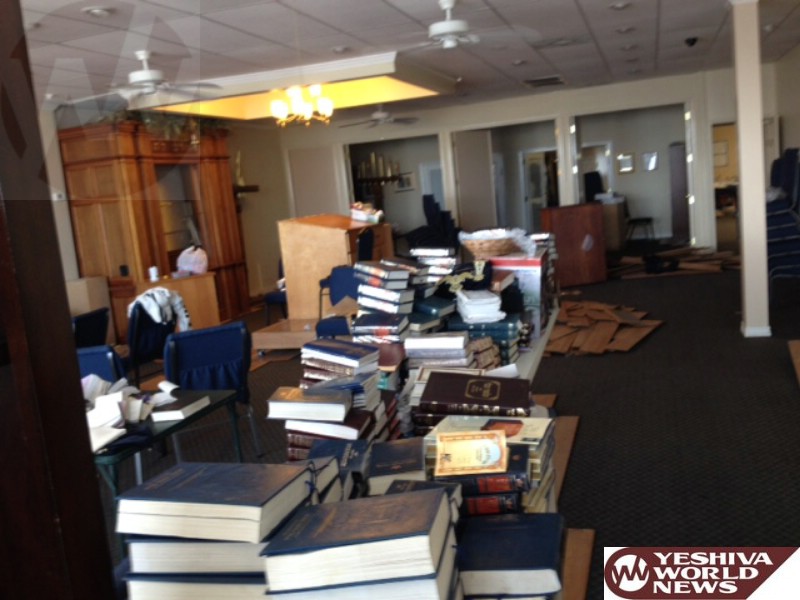