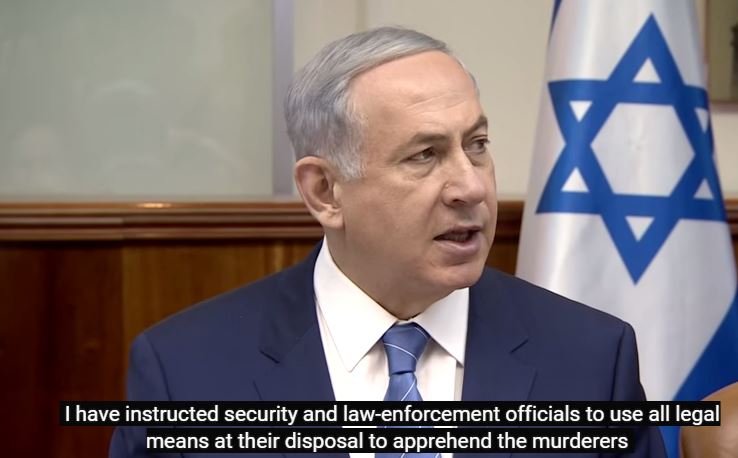 The Security Cabinet on Sunday discussed the recent arson attack in the PA (Palestinian Authority) village of Duma which claimed the life of an infant, and leaving his parents and four-year-old brother with serious burns as well as the stabbing attack at the Toeiva Parade in Yerushalayim last week in which a one person was killed and five others injured. One remains hospitalized and the others have been discharged.

The Security Cabinet decided it views the arson and murder in Duma as a terrorist attack in every respect and in response, the Security Cabinet is directing security agencies to take all necessary steps to apprehend those responsible and prevent similar acts.

To these ends, the Security Cabinet approved the recommendation of the professional echelon to take all necessary steps and to use all means at their disposal, including administrative detention where appropriate, with the approval of Attorney General Yehuda Weinstein.

The Security Cabinet instructed that draft legislation on the fight against terrorism be urgently advanced in the Knesset and that it also apply to those who perpetrate terrorism of this sort.

The Security Cabinet decided to establish a ministerial committee, to be chaired by Defense Minister Moshe Ya’alon and with the participation of Public Security Minister Gilad Erdan and Justice Minister Ayelet Shaked, to propose to the cabinet and the government additional measures to fight such severe events.