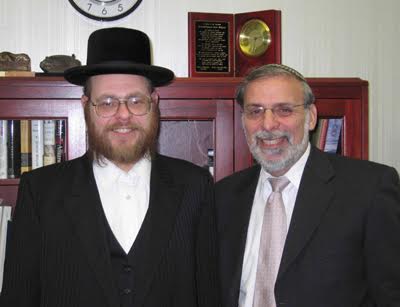 Assemblyman Dov Hikind (D-Brooklyn) lauded the pilot of an Auxiliary Coast Guard Plane that crashed in New Jersey last night as was reported by YWN. The pilot, Jack Rosenberg, averted a disaster by purposely landing the plane in an empty soccer field in order to avoid hitting any people on the ground. In 2006, Hikind was instrumental in helping Rosenberg, an observant Jewish Chassidic pilot, serve his country in the Coast Guard Auxiliary, when he was originally denied from wearing his yarmulke on duty.

“I have known Jack (Yaakov Yosef) Rosenberg for many years. This is our hero, the new Sully Sullenberger. He has long gone out of his way to help anyone in need. What happened last night was nothing short of miraculous and is a testament to the skill and dedication of Rosenberg and his co-pilot. I just spoke to Rosenberg’s wife and members of his family this morning to convey my wishes for a speedy recovery. He broke both legs and was in surgery for over nine hours. This is a dedicated volunteer, a devoted father to seven kids. A few years ago, when Rosenberg was told he could not serve in the Coast Guard Auxiliary because of his yarmulke, he contacted me. Thankfully the Coast Guard did the right thing then. Today, we were proven right.”

Rosenberg, a Chassidic man, is a pilot who was fully certified for the Coast Guard Auxiliary, when he was told he could not wear his yarmulke on duty. Coast Guard Uniform regulations disallowed the wearing of religious apparel, except during religious services. Mr. Rosenberg was not allowed to embark on missions despite completing his training and certification and passing a federal security clearance review. Hikind was instrumental in getting the Coast Guard to change its uniform policy, accommodating Mr. Rosenberg’s desire to serve his country.