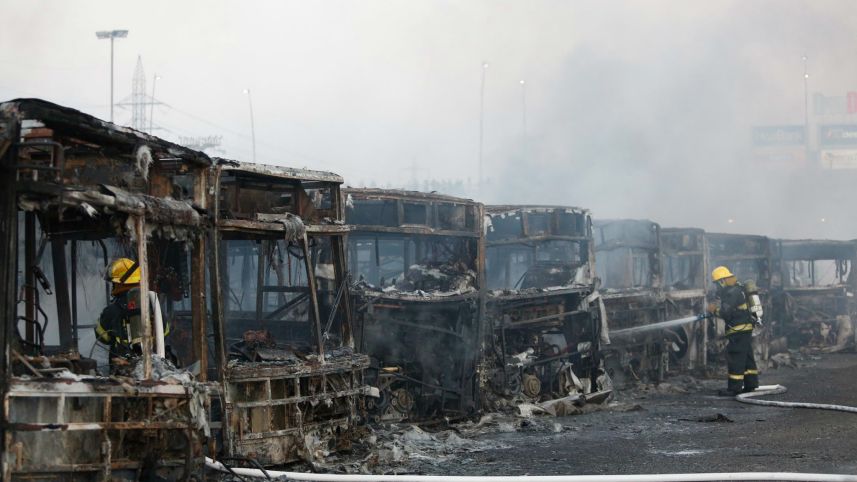 Israel Police on Sunday 5 Cheshvan report the fire in a Dan Company bus parking lot in Ramat Gan on Shabbos afternoon was the result of an electrical short circuit and not arson.

It was feared the fire that led to the destruction of 32 buses may have been an Islamic terror attack but this has been ruled out.

Firefighters on Shabbos afternoon parshas Noach worked for about four hours to bring the blaze under control as the burning buses sent black acrid smoke into the entire area. B’chasdei Hashem no one was killed or injured.