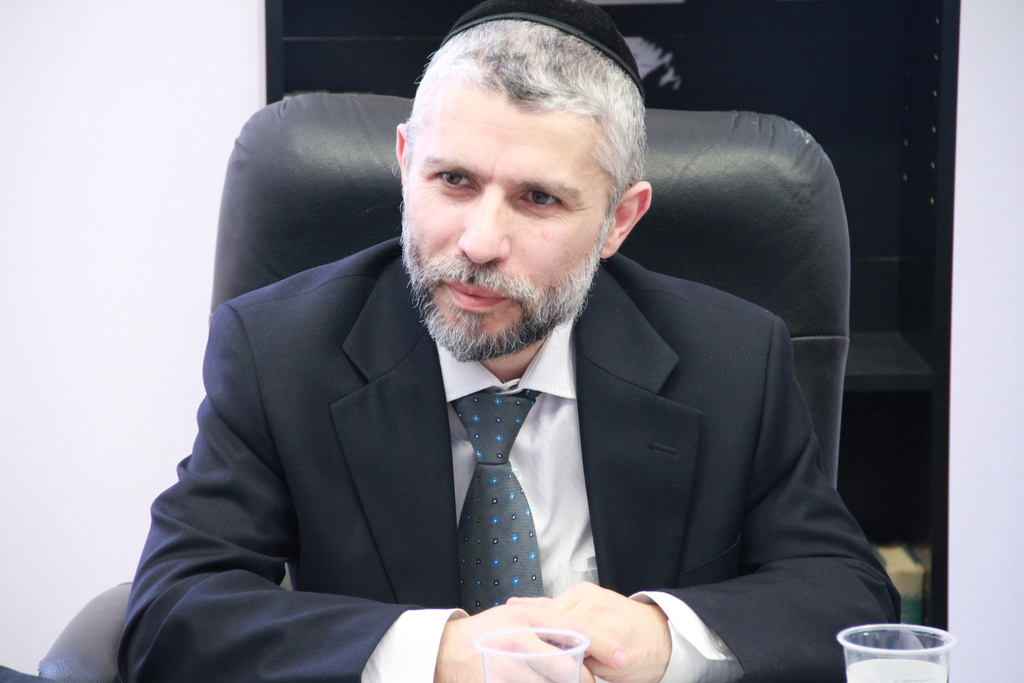 HaGaon HaRav Zamir Cohen Shlita, one of the leading rabbonim involved in working with baalei teshuva in Eretz Yisrael and president of the Hidabrut organization was attacked on Tuesday night the eve of 13 Kislev in Beit Knesset Heichal David in Tel Aviv. The shul is headed by HaGaon HaRav Moshe Maya Shlita, a member of the Shas party Moetzas Gedolei Yisrael. Rav Cohen is also the mora d’asra of the Etrog neighborhood in Betar Illit.

Rav Cohen was invited to address the tzibur. According to eyewitness reports, when he finished speaking five males entered the shul and attacked him and his escorts. Talmidim of the rav intervened to push the attackers away. They also damaged a window of the rav’s vehicle.

Police were summoned and the attackers were arrested. A gabbai of the rav was physically injured. His eyeglasses were broken too. Gabbaim of the rav told the tzibur the attackers were loyalists of Rabbi Amnon Yitzchak who have been influenced by Rav Amnon’s videos in which he speaks out against Rabbi Cohen.

Officials in the Hidabrut organization explain the attack comes a few short days after Rav Amnon attacked Rav Cohen “brutally and without restraint in addition to attacks in recent years against Gedolei Yisrael. This incitement encourages elements who believe the false accusation by those who believe him and the unfortunate results we saw last night”.

Officials responding on Rav Amon Yitzchak’s behalf state “We will work to stop all violence. It should be clear that has absolutely nothing to do with us”.

It is added, in recent days Rav Cohen responded harshly to Rav Amnon’s words, instructing followers not to listen to his shiurim.