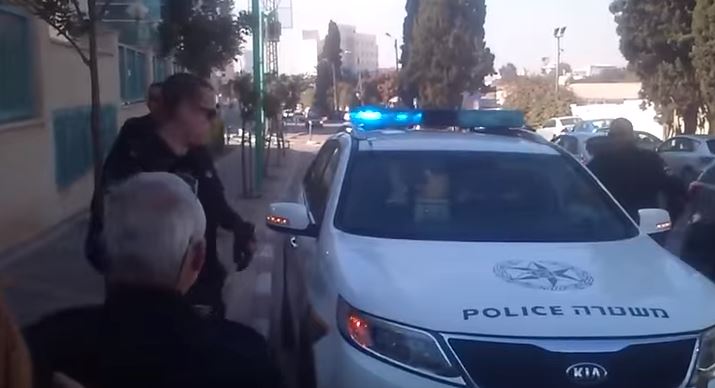 Many have placed great hope in the recent appointment of Israel Police Commissioner Roni Alshich, who they hope will bring the nation’s police force into the 21st century. Too often police act more in line as they did in the mid-20th century, when rather than protect and enforce the law, viewed themselves as being above the law, exhibiting rudeness and using physical force at will without regard for the basic rights of citizens.

A senior official in the Honenu civil rights organization, an attorney, was violently arrested when he tried to cross a Petach Tikvah street to reach the city’s Magistrate Court for a session pertaining to Jewish detainees. There was a support rally for the detainees taking place and police would not permit the attorney to cross despite people shouting “He’s an attorney”. Police were quick to push and shove him, eventually detaining him and then arresting him and taking him from the scene in a police car, all for trying to cross a street. Clearly, as seen in the video, the officer lost it, becoming agitated and taking the actions of the attorney as a personal affront to his authority.

Attorney Yitzchak Hazit was detained and taken away by police near the courthouse “without justification” as he put it.

When he arrived at the courthouse, he stopped and spoke with some of the persons who gathered in support of the detainees. When he tried to cross the street the argument with police began.

Honenu officials view the incident as another example of police abusing authority and plan to file charges against the police involved.

The ‘suspect’ trying to make his way to the courthouse:

The ‘suspect’ being removed from the scene: