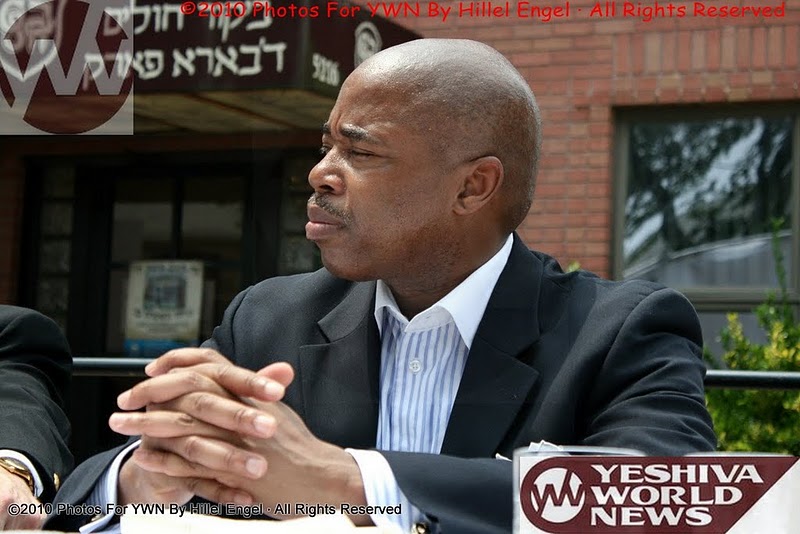 Yesterday evening, a junior at Medgar Evers was assaulted in a hallway at the college’s science building shortly after taking a science exam. The assailant reportedly bumped into the victim, who was wearing a yarmulke, yelled anti-Semitic remarks at him, and struck him twice in the face and once in the stomach. The victim did not require hospital treatment. The NYPD is searching for the assailant; it is not known whether he is affiliated with the college.

Medgar Evers’ campus security personnel have been fully cooperating with the NYPD. Borough President Eric L. Adams and Medgar Evers President Rudolph Crew have directed their staffs to assist the victim in any way necessary and have offered their assistance to the NYPD as they seek out the assailant.

“This was an awful act of violence and of ignorance,” Dr. Crew said. “While such incidents are fortunately rare on campus, even one is too many. To attack someone because of his or her race or religious beliefs is appalling. I want to make it clear that we have zero tolerance for this type of behavior and we will do everything in our power to ensure the assailant is found and held fully accountable for these hateful actions.”

Dr. Crew commended a young woman standing with the victim at the time. “The fact that a Muslim woman came to the defense of an orthodox Jewish man is a true reflection of the values that permeate this great institution,” he said.

“Medgar Evers College has no tolerance for hate, and neither does Brooklyn,” Borough President Eric L Adams said. “We are a diverse community that will grow stronger and more united in the face of an isolated incident of ignorance.”

“While the details around this event remain unclear we are asking students at Medgar Evers to come forward with any information leading to the arrest of this person,” said Council Member Laurie A. Cumbo. “This incident is in no way a reflection of the student body at MEC who have had a long history of welcoming students of all races and religions.”