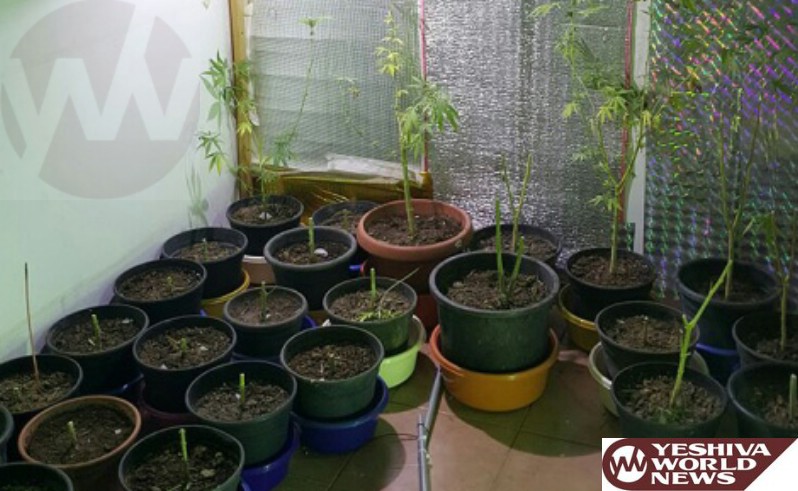 A chareidi resident of Beit Shemesh appeared in a local police station during the night of 18 Teves (Tuesday to Wednesday) explaining he is locked out of his home by his wife, who will not permit him to enter because he knows she uses pot. He explained he is fearful for their children due to his wife’s actions.

When police arrived at the apartment, the wife refused to permit them to enter and police were compelled to call the fire department to open the door. Police report to the media the apartment was neglected, dirty and simply a mess. It is added the family has three children ages 9-to-14.

One of the rooms near the children’s room police found a marijuana farm including plants, lighting, irrigation and all that was needed to promote the growth of the 33 plants that ranged in size. Social services were called in and they have taken custody of the children.

The women, 40, has been arrested. She was remanded on Thursday. The father gave police his statement.

Beit Shemesh Chief Shlomi Toledano added “This is an important arrest, leading to a drug lab, in addition to the fact her small children were exposed to this. Growing the drugs in a home with small children while the home is dirty and neglected is most serious. The police arrived at the apartment to rescue the children”. 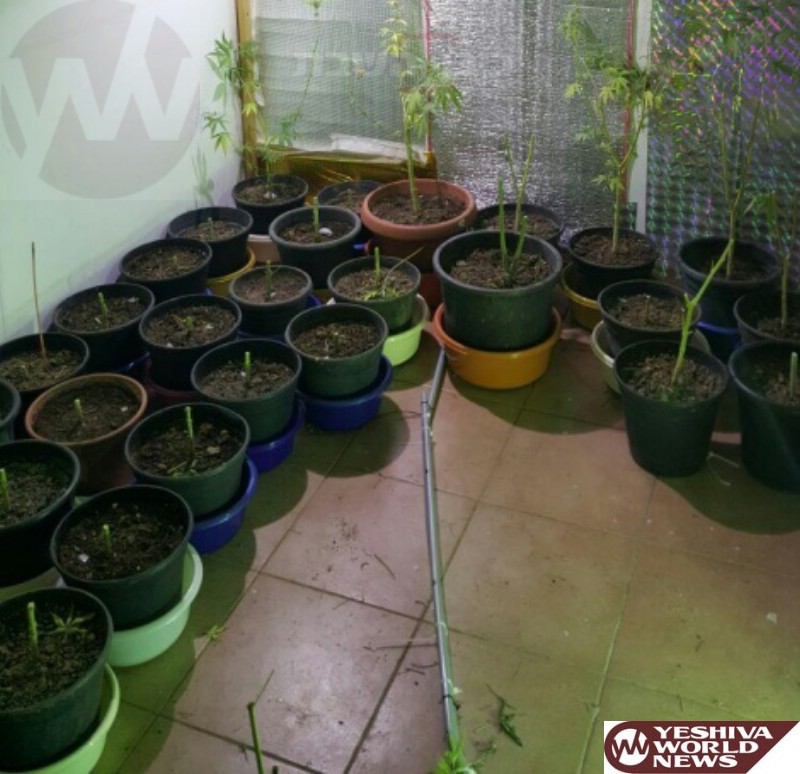