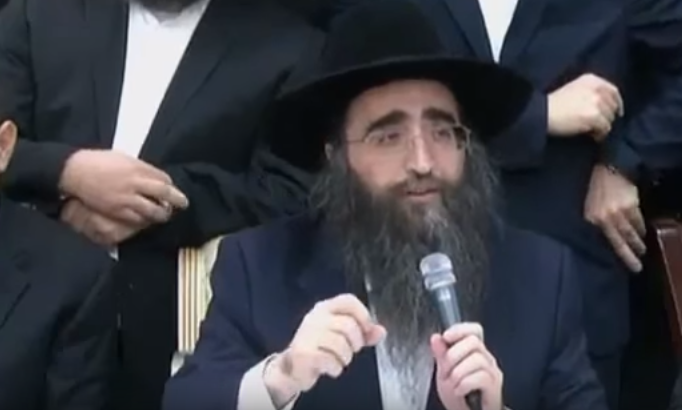 In his last shiur to talmidim prior to entering prison on Tuesday, 7 Adar I, Rabbi Yoshiyahu Pinto instructed them not to be sad but to remain upbeat and to be thankful to HKBH. Rabbi Pinto will be serving his sentence in the Nitzan Prison.

The rav spoke in some detail of the difficulties he is experiencing due to his cancer, stating “I am dealing with a difficult health situation and that is what troubles me”.

He told talmidim he was the victim of bloodshed, but he knows this was not for naught but “This was a tikun for olamos haelyonim which we had to endure. We do not permit anyone to express even the most minute measure of sorrow for there is no reason for the suffering has been to our merit…the ruchniyus is what is important”.

After exhausting all his appeals to the High Court of Justice, it became clear to Rabbi Pinto that all that remains is to enter prison and serve his one-year sentence in line with the plea bargain agreement that he signed with the prosecution.

The rabbi will be jailed in a hospital facility and upon entry to the prison system, he will be checked thoroughly by doctors. On his way to Nitzan Prison on Tuesday the rav did not feel well and with permission from the prison authority, he redirected to Hadassah Ein Kerem for treatment. His entry to prison was delayed from noon to 13:00 as a result. It is reported that the rabbi will be in Hadassah often for continued treatment and follow-up of his cancer during his 12-month imprisonment.