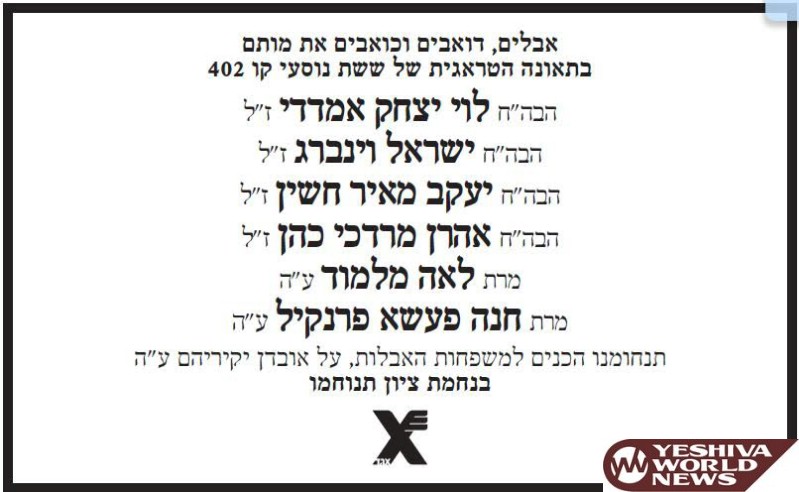 On Thursday, 9 Adar I, five days after the fatal Egged 402 bus crash on the Jerusalem-Tel Aviv Highway that claimed six lives R”L, Egged continues to publish mourning notices in chareidi newspapers. This notice appeared in the Thursday addition of HaMevaser.

The driver of the bus, Chaim Biton, has been released from jail and under a 21-day house arrest order handed down by the Jerusalem Traffic Court. In all likelihood, he will face criminal charges for the accident, which appears to be the result of negligence on his part.

It is difficult to know if such notices bring any comfort to the mourners and their families. Some say they are indifferent to such acts, especially during this difficult period while others quote family members who suffered the loss that it is “too little too late”.