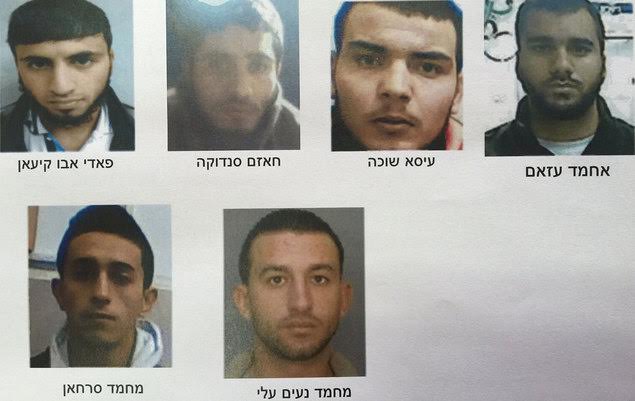 A Hamas plot to assassinate Prime Minister Binyamin Netanyahu has been cleared for release. Terrorists planned to bring a bomb into the Jerusalem Arena or Jerusalem Great Synagogue to be detonated during an address by the nation’s leader. The information was obtained during the interrogation of the terrorists involved, residents of the eastern capital.

The indictment against the suspects was handed down a month ago against two suspects. Simultaneously, the military prosecutor handed down an indictment against the ring leader, 25-year-old Ahmad Azzam, a resident of Kfar Yousef in the Shomron who has been living in Abu Dis. Azzam was in the advanced stages of his diabolical plot, establishing a Hamas infrastructure and obtaining the necessary financing from Hamas in Gaza.

Chemicals were already purchased and an apartment was rented in Abu Dis, serving as the safe house/bomb lab. The terrorists responsible for placing the bombs were already selected. Hizzam Sanduka, aka “The Mechanic” because of his understanding of vehicles. The 22-year-old student already selected PM Netanyahu as his target.

Sanduka is a respond of Jerualem’s Old City and an Arab language student at Abu Dis University. He was enlisted in November 2015 by Azzam. Sanduka found an assistant to work with him in preparing the attack and both moved ahead on their respective fronts, gathering components and preparing for the assassination attempt. Sanduka bought the necessary items in large quantities, including potassium, hydrogen peroxide, and fertilizer, acquiring the items in pharmacies and nurseries in Jerusalem and Abu Gosh. The fact that his vehicle bears yellow Israeli license plates made it significantly easier for him to pass through checkpoints.

Azzam asked him to buy a larger vehicle however, which he planned to use to transport the explosives as well as suicide bombers to the Jerusalem apartment.

They discussed their options, a kidnapping, suicide bombing or terror attack involving bombs, and they then had to select a venue. Since one of them worked for a Jerusalem security company, the targets considered included Malcha Mall, Jerusalem Arena and the Jerusalem Great Synagogue amid an awareness they are locales that attract large numbers of people, including PM Netanyahu.

Sanduka had already worked in the Arena and Great Synagogue. He told interrogators that after buying the chemicals in Abu Gosh, he traveled to Yaffo to determine if he was being followed and to see if there might be another suitable venue for attacks. he saw such a place along the Port of Yaffo.

The investigation took a significant turn when Sanduka mentioned the possibility of assassinating the Prime Minister. While stating this was only a consideration, in fact, his team was well organized and had already purchased large quantities of chemicals. They also recruited Bedouin from southern Israel, a supporter of ISIS.

Saduka was a guard for the company in the Jerusalem Arena and was a part of the team that built the stage, admitting he thought to himself it is a wonderful opportunity to the placement of his bomb which would be detonated when the Prime Minister was on it along with those close to him.

Last August Azzam began writing to a one Abu Omer from Gaza, using a Gmail account and an app to remain in touch. He revealed his plans to him and received assisting in bomb building from him. Abu Omer was Hamas Gaza’s representative to the cell, making sure they were well supplied with anything they needed, Azzam told interrogators.

The cell expanded and they continued building explosives and acquiring necessary materials towards this end. At one point he drove to Yaffo to be certain he was not being followed. It was then he decided the Port of Yaffo would also be a viable target.

B’chasdei Hashem the cell was discovered and stopped before being able to perpetrate any of the heinous attacks.