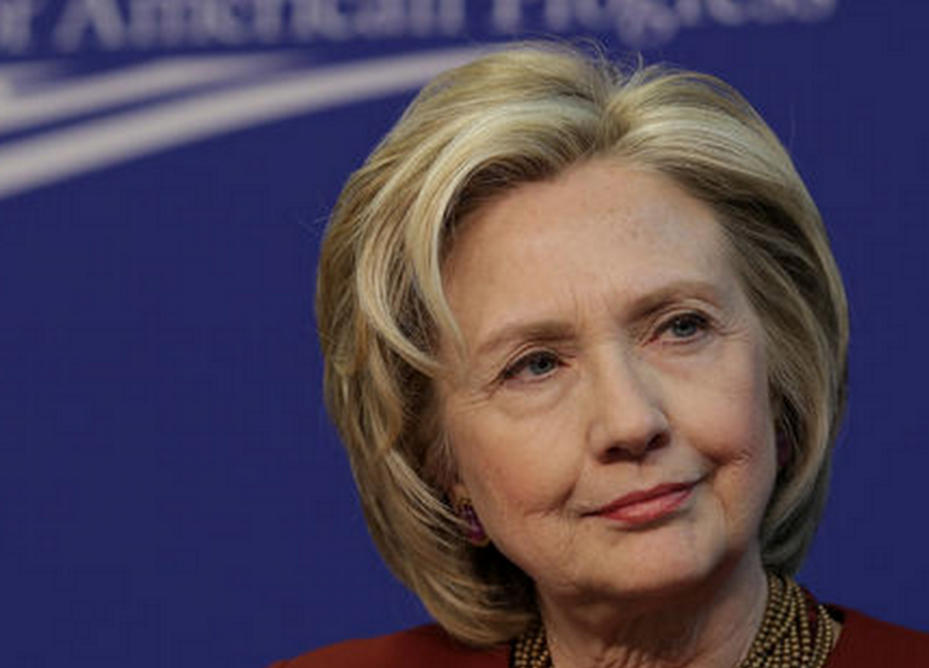 Sweeping to victory in four key primary contests, Hillary Clinton has solidified her hold on the Democratic nomination, allowing her to begin the work of unifying her party against GOP front-runner Donald Trump.

The process won’t be pretty: Rival Bernie Sanders has tapped into a deep vein of anti-Washington sentiment in the Democratic Party, turning what was once expected to be an easy race for Clinton into a far tougher competition. He’s vowed to continue all the way to the national convention in July.

But Tuesday night’s victories allow Clinton to claim wins in key general election battlegrounds across the country — North Carolina, Florida and Ohio — and demonstrate her appeal to Rust Belt voters who will play a pivotal role in November.

A decisive win in Florida, Tuesday’s biggest delegate prize, left her on track to expand an already-commanding lead. Clinton now has at least 1,599 delegates — including superdelegates — nearly two-thirds of the total needed to win the Democratic nomination. Sanders trails far behind with at least 844.

In Missouri, where the race remained too close to call, Clinton and Sanders were splitting the delegates fairly evenly because Democrats award delegates based on the share of the vote, making the winner of a state less important if the vote margins are close.

“The bottom-line results from last night: Hillary Clinton’s pledged delegate lead grew by more than 40 percent, to a lead of more than 300, leaving Sen. Sanders overwhelmingly behind in the nomination contest – and without a clear path to catching up,” campaign manager Robby Mook wrote in a memo released Wednesday morning. “Sec. Clinton’s pledged delegate lead of more than 300 is nearly twice as large as any lead then-Senator Obama had in 2008.”

Over the past few days, Clinton has begun peppering her standard campaign speech with subtle calls for party unity and more direct attacks on Trump’s rhetoric, experience and plans.

“I’m going to keep working as hard as I can, but I think it is important that we really do focus on the really dangerous path that Donald Trump has laid out here,” she said in Raleigh, North Carolina.

As results rolled in Tuesday evening, she released her first Spanish-language ad in Arizona — an ad that focused not on Sanders but on Trump. And she held her victory party in southern Florida, just miles from where Trump was holding his own election night party at Mar-a-Lago, his private club.

Clinton aides say they plan to compete hard for the rest of the primary season and note that coming caucuses in Western states favor Sanders.

“It is not up to us when the primary ends,” said Clinton communications director Jen Palmieri. “There are still a lot of states to go.”

After Tuesday’s contests, the race shifts to contests in Arizona, Idaho and Utah on March 22 and Alaska, Hawaii and Washington state on March 26. April includes contests in Wisconsin, Wyoming and New York, where Clinton represented in the Senate but is becoming a major target for Sanders.

“We’re going to have to demonstrate that we can win some big states,” said Devine.

Clinton aides argue that a Trump-Sanders-Clinton competition in the next weeks could set up a powerful contrast for Clinton, elevating her as an experienced potential commander in chief.

But this hasn’t been an election year that’s rewarded experienced party politicians. And some Clinton backers worry that she could face a barrage of similar and simultaneous attacks from both Sanders and Trump over her trade policy, Wall Street ties and funding from outside groups.

It hasn’t been enough to top Clinton yet, who eked out a narrow win in the state where she grew up. The win surprised Clinton’s top aides in Brooklyn, who broke out into spontaneous cheers and dancing at the campaign headquarters.

Her team attributed Clinton’s win in Ohio to a more forceful economic message, with Clinton taking a harder position against trade deals like the Trans-Pacific Partnership.

Still, exit polls showed that Sanders’ attacks had some impact. Voters in Illinois and Missouri who said trade takes jobs from Americans tended to back Sanders; those who considered trade beneficial generally supported Clinton.

Those findings indicate that states like Wisconsin, Ohio and Michigan could play a key role in a general election, prompting questions about Clinton’s Midwestern strength, despite her wins in Ohio and Illinois.