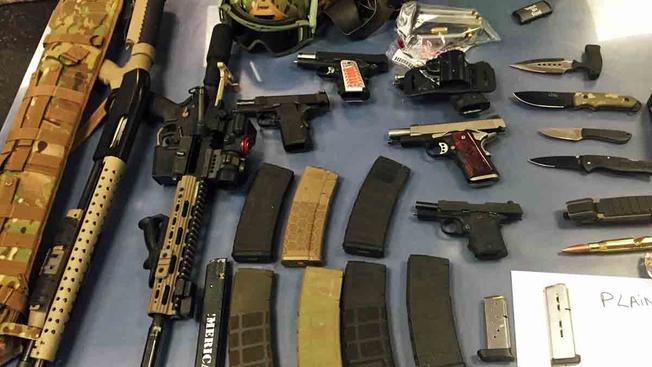 Three people were arrested when police discovered a weapons cache and ballistic vests in a vehicle on the New Jersey side of the Holland Tunnel on Tuesday, officials told NBC4.

Authorities arrested two men in their 50s and a woman in her 30s after finding multiple loaded long-range weapons, handguns, ballistic vests and a camouflage helmet in the vehicle.

The trio, who may be from Pennsylvania, was initially stopped for a cracked windshield. A search of the vehicle turned up the weapons.

The Joint Terrorism Task Force is assisting the investigation, a source told NBC4.