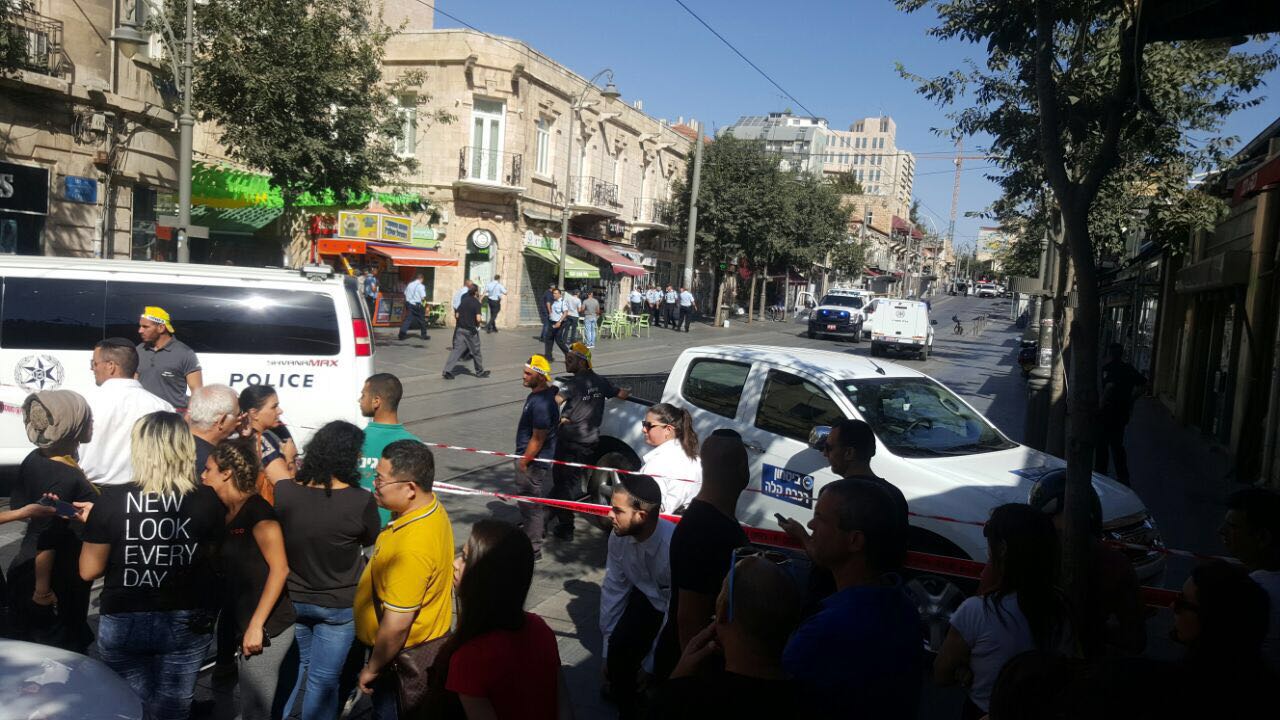 [videos and photos in extended article] Downtown Yerushalayim is still closed down on Yafo Street near King George, beginning shortly after 9:00AM Sunday morning 11 Tammuz. Security forces spotted a suspected terrorist, who they feared was carrying a bomb and hand grenades.

In the videos we see security forces taking down the terrorist, checking him and then the arrival of the bomb squad. As seen in the photos and videos, the incident resulted in the total closure of the area as well as cessation of light rail service.

Robots are addressing the suspected bomb and grenades. Details to follow.

9:38AM: A Jerusalem police spokesman confirms the PA (Palestinian Authority) resident in his 20s is in custody and he was carrying a number of pipe bombs with him.

B’chasdei Hashem he was detected by a security agent of the Jerusalem light rail. Bomb demolition technicians continue working to neutralize the explosives. Light rail service in the downtown area remains suspected as Yafo Street remains shut down.

9:44AM IL: Bomb-sniffing dogs are now combing the entire area. The explosive devices were placed in a special receptacle and transported from the area to a location where they will be detonated in a control blast. B’chasdei Hashem an alert professional light rail security agent may have prevented yet another murderous Palestinian terror attack R”L. 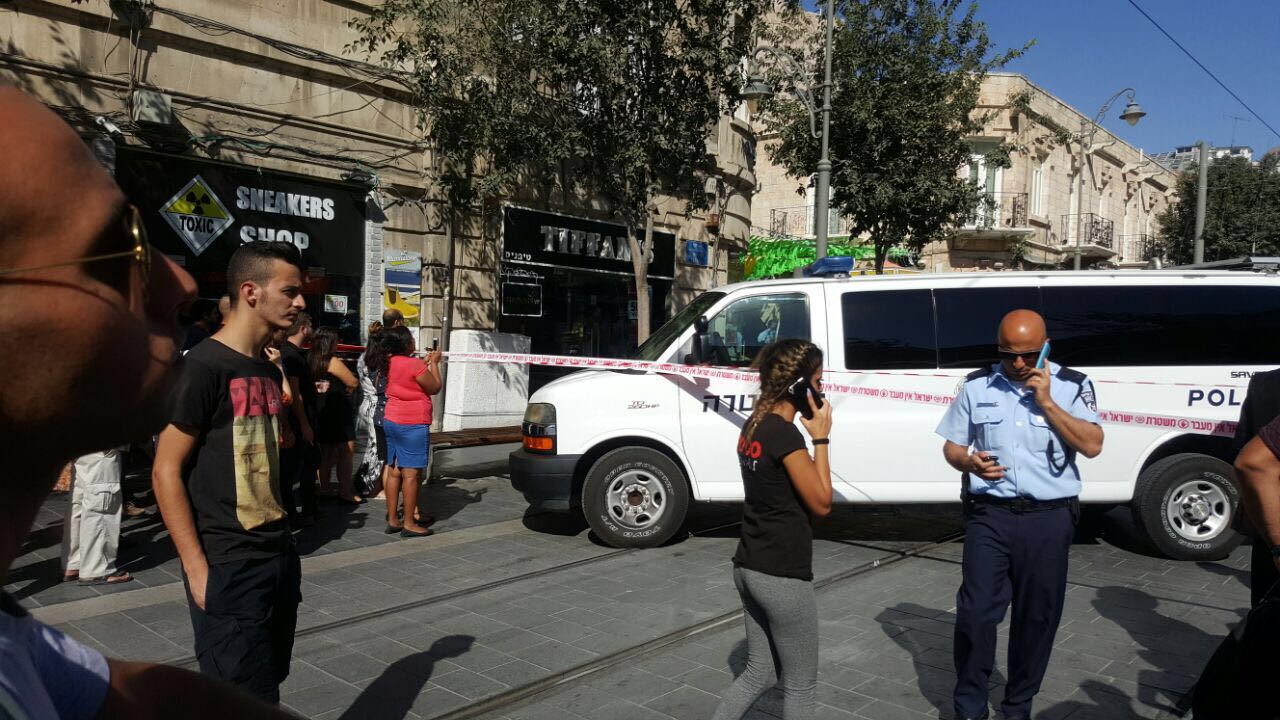 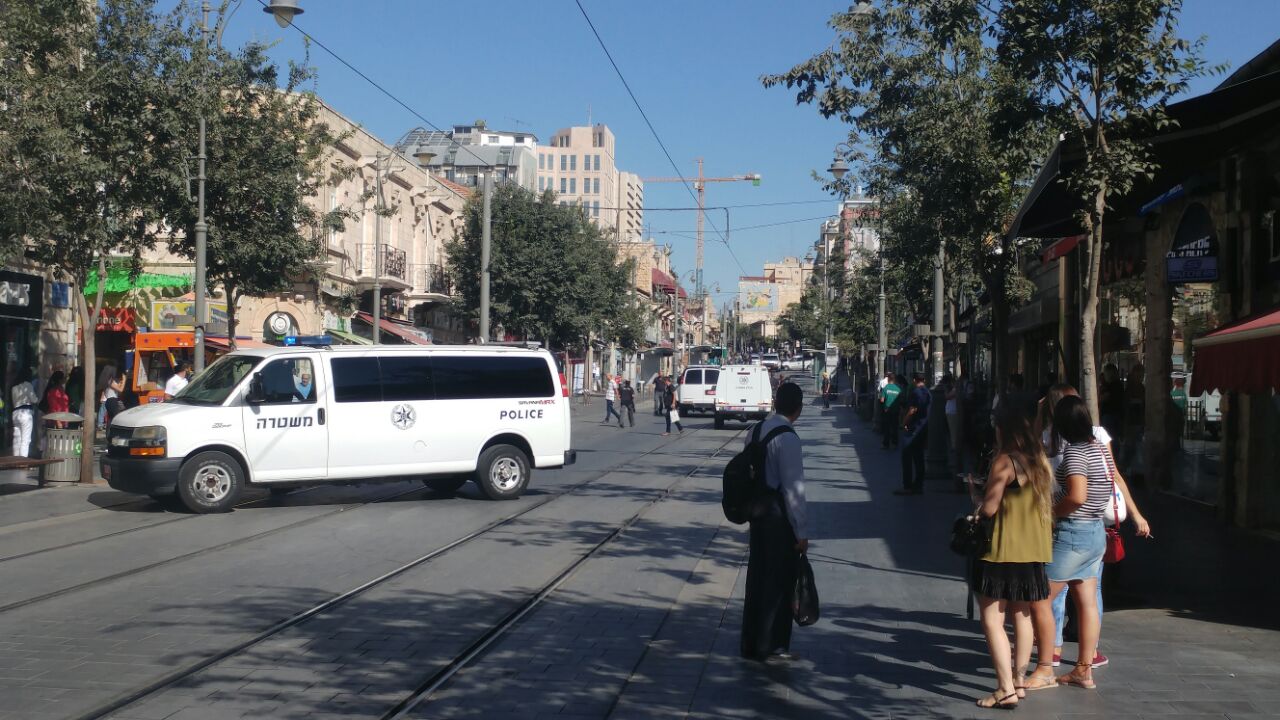