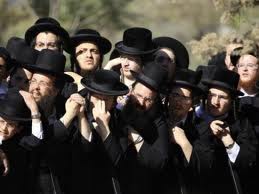 The community of Charish was originally planned as a new chareidi city but challenges to the plan were successful, resulting in Charish being a city for all, religious and secular alike.

However, what may be the final initiative is about to be launched in the hope of bring chareidim to the city. according to a Kikar News report, spearheading the initiative is HaGaon HaRav Shimon Ba’adani Shlita, a member of Shas’ Moetzas Gedolei Yisrael. Rav Ba’adani hopes to bring hundreds of chareidi families to Charish and they will life in inexpensive rentals in stage one, with the assistance of a special fund.

The fund established will pay for most of a couple’s rental, which today is NIS 2,500 for a three-bedroom apartment while the couple will only have to add NIS 1,000.

There is also the matter of establishing chareidi schools in the city. A special transportation service will be set up to bring children to and from nearby Pardes Chana, where there is a chareidi education infrastructure in place, which was established by HaGaon HaRav Refael Buvlil Shlita.

The report adds that after conferring with gedolim, it was decided to establish a fund and raise millions of dollars abroad to pay for bringing the families to Charish. Kikar adds that gedolim has signaled a willingness to speak with philanthropists on the phone and even travel abroad if there is a need.

A meeting was held on Thursday, 14 Menachem Av called “לעבדך באמת”, in Charish, to lay the groundwork for the new operation. HaRav Ba’adani was present along with Moetzas Gedolei Hatorah member HaGaon HaRav Tzion Boaron Shlita. They also read a message sent to participants from HaAdmor Rav David Abuchatzera Shlita.