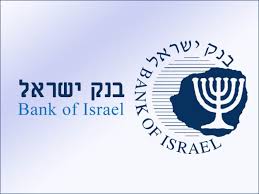 In early September, many U.S. citizens residing in Israel began receiving notices that their Israeli bank accounts were to be closed down. Due to new IRS regulations on paperwork for their U.S. citizen customers, bank accounts for foreign citizens have become less profitable from banks’ perspective. Israeli banks were therefore threatening to close the accounts of foreign customers, unless they deposited sizable sums of money. In general, foreigners already have difficulties opening new bank accounts in Israel. This development would have left numerous foreign citizens with no way to collect shekel income, including Israeli salaries and National Insurance funds.

Chaim V’Chessed, a non-for-profit organization founded to assist English speakers in Israel, was flooded with calls from affected bank account holders. The organization contacted MK Uri Maklev and Rabbi Yitzchak Brenner of Degel HaTorah, who interfaced with Bank of Israel on the organization’s behalf. On September 27, Supervisor of Banks Dr. Chedva Bar announced that she had issued a directive to banks countrywide to immediately cease this discriminatory practice.

In response to this breakthrough, one Chaim V’Chessed client enthused, “Finally, we Americans in Israel have someone who advocates for us!” Another wrote, “For weeks my bank manager had been harassing me about this, I am so appreciative that this has finally been put to rest”.

Bank of Israel representatives informed Paysach Freedman, CEO of Chaim V’Chessed, that foreign citizens may ignore notices from their banks on this subject. Concurrently, Freedman calls on foreigners who continue to encounter difficulty in this area to contact Chaim V’Chessed. He asserts, “We will take action to prevent this unacceptable practice”. Chaim V’Chessed may be reached from within Israel at 072-CHESSED (243-7733).