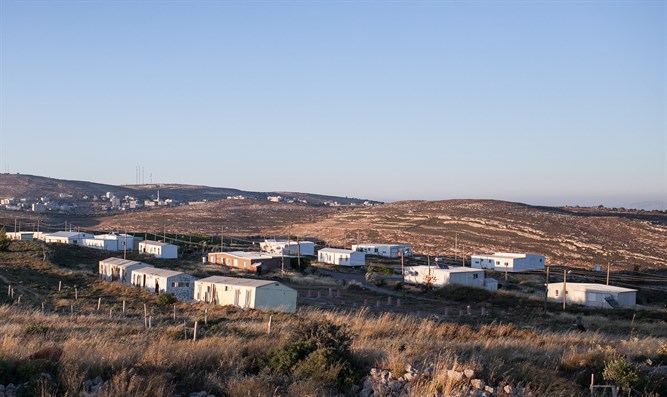 Tamar Nitzri is one of the residents of Amona, which is slated to be destroyed no later than December 25, 2016 as per a High Court of Justice ruling. Unlike the rav of the community of forty families, Rabbi Yair Frank, who announced there would be no violence if they are expelled, Tamar promises soldiers who come to evict them from their homes will be met with violence “and it will not be a pretty picture”.

The slogan of residents has been “Amona will not fall again” as it was evacuated in the past, in 2006. They have also rejected offers to relocate the community to an area near Shvut Rachel in the Shomron. He refers to soldiers willing to remove Jews from their homes “Nazis” in an interview on Tuesday 14 Cheshvan with Niv Raskin of Galei Tzahal (Army Radio).

“We will do all that we can to remain here – these are the outposts the right-wing government does not wish to see” another resident said, adding “I personally will not lift a hand to anyone but I cannot be responsible for the thousands that will be arriving for the fatal day”.

Nitzri added “If IDF soldiers come I want there to be such painful pictures that this will never ever occur again, that Jews will be expelled from their land”.

When asked what he wishes soldiers to do if they are given a direct order, Nitzri responded “Hitler’s soldiers were also following orders. So what? There are orders and there are laws and logic as well as basic morality”.