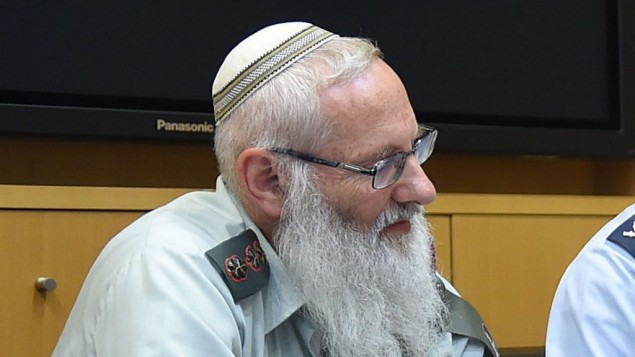 MK Zahava Gal-On, chairwoman of the Meretz opposition party, has announced she is pulling the petition challenging the appointment of Rabbi Eyal Karim as the next IDF Chief Rabbi. Gal-On explains the petition has already accomplished what it was set out to do and there is no need to continue the process. Partners in the petition are Meretz colleagues Tamar Zandberg and Michael Rozin. The all informed the court on Sunday morning 26 Cheshvan that they are withdrawing the petition.

They explain “The clear moral statement of the court resonates and will continue to resonate in the IDF in general and the Military Rabbinate in particular. The petition has served its purpose. Under the current circumstances the petitioners will not continue the process” Haaretz reports.

In response to the petition the High Court of Justice issued an interim order freezing the appointment of Rabbi Karim pending an explanation from him regarding controversial matter of halacha misunderstood by High Court.