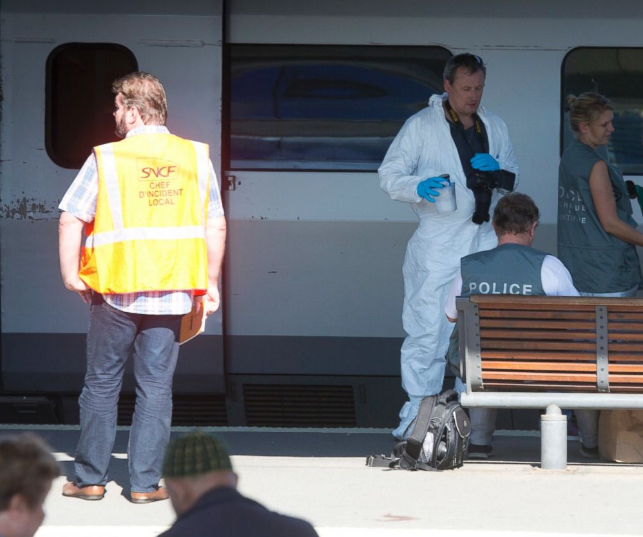 The main suspect in a high-speed train attack thwarted by three Americans last year in northern France acted on orders from the leading member of the Islamic State cell that attacked Paris three months later, his lawyer said Thursday.

El Khazzani, a 27-year-old-year Moroccan, was questioned at his request by a Paris counterterrorism judge Wednesday for more than five hours. It was the first time he agreed to answer questions about the case.

“He gave the judge the name of the person who instructed him to attack this specific Thalys train: it’s Abaaoud”, Mauger-Poliak said in a phone interview.

French authorities had earlier linked El Khazzani to Abaaoud, but without elaborating. It has never been reported before that Abaaoud also ordered the Thalys train attack.

Abaaoud died a few days after the Paris attacks in a police raid outside the capital.

During Wednesday’s hearing behind closed doors, El Khazzani told the investigating judge he made a trip to Syria and later traveled with Abaaoud in summer 2015, the lawyer said. The two men made several stops together, including one in Budapest, Hungary, the lawyer said.

In front of the judge, the suspect presented himself as a “jihadist,” as “a soldier who wanted to attack other soldiers,” Mauger-Poliak said. “He never intended to commit mass killings of civilians. He was aiming at a specific target in a first-class car of the train.”

The lawyer said El Khazzani explained what the target was to the judge, but she didn’t want to disclose it because of the ongoing investigation.

The hearing was only attended by the judge, the suspect and his lawyer. Investigating judges are not allowed to speak publicly about an ongoing investigation, and it was not immediately possible to verify Mauger-Poliak’s account.

El Khazzani decided to speak to the judge after 16 months of silence “because he wants to differentiate himself from the indiscriminate attacks” that killed 130 people in Paris in November 2015 and another 84 in Nice in July, she said.

“He never wanted to do that kind of things. It was not his mission,” the lawyer added.

During Wednesday’s questioning, “all the subjects were discussed, a general picture was made,” and El Khazzani “was moved throughout his hearing, sometimes in tears”, Mauger-Poliak said.

A new hearing with the judge is set for next week, and several more will follow because El Khazzani is now determined to talk, she said.

Investigators are hoping El Khazzani will provide key details on the Thalys attack, but also on the jihadist network and ordering persons both behind it and the Paris attacks.

On the Thalys train, El Khazzani allegedly tried to open fire with an assault rifle but was overpowered by a group of passengers, including three childhood friends from the U.S. state of California. They were all awarded the Legion of Honor, France’s highest decoration.