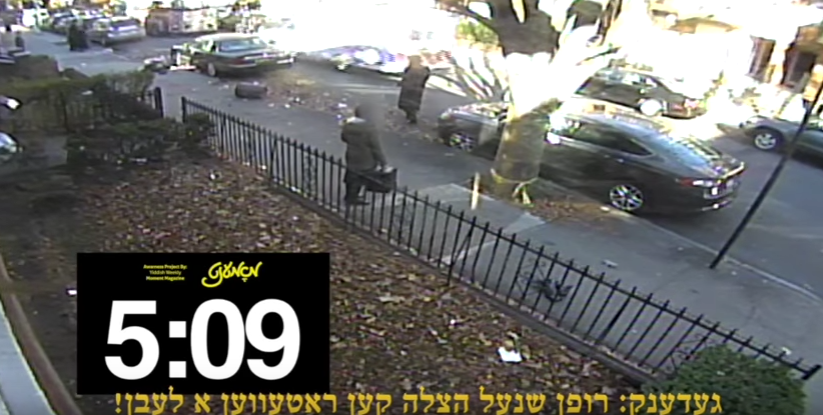 An absolutely shocking video has been published on YouTube calling on the community to call Hatzolah if they ever see something like this.

It may be highly disturbing to some to watch in horror as this man lays on the ground for five minutes as no one walks over to see if the man is even alive. But in the hopes of preventing this from ever happening again – it will have been well worth watching it and further publicizing it!

In the video (taken from a security camera), a man is seen walking when he suddenly keels over and suffers a cardiac arrest. People pass by and look – but shockingly keep walking. One woman sees him lying on the floor, stops to look, and then crosses the street as to not walk past him.

Finally, someone calls Hatzolah who arrived seconds after being called. It took FIVE MINUTES after the man collapsed and stopped breathing to start CPR and Paramedics to start Advanced Life Support.

It could have taken 27 seconds – which is when the first pedestrian stops to look at the man.

What is nothing less then a miracle, this individual – an Einikle of a well-known Rebbe – survived – and has since been released from the hospital.

The video was released by Moment Magazine as an awareness project, calling on people to call for help if they encounter something like this, and not to just walk away.

For YWN readers who are unaware of what happens when someone stops breathing, here are some quick facts:

The brain requires a constant flow of oxygen to function normally.

The brains have an emergency energy supply for about three minutes. In a cardiac arrest, the brains run out of their emergency power supply of oxygen quickly. If resuscitation isn’t started right away, it will cause damage everywhere and permanent memory problems – if they even survive.

If someone has had a lack of oxygen, there is not one particular place in the brains, but everywhere where normally blood flows. This is called diffuse brain damage = damage anywhere in the brain.

A lack of oxygen from three to nine minutes can result in irreversible brain damage! In case of a cardiac arrest, CPR (Cardiopulmonary resuscitation) must be started immediately.

IF YOU DON’T KNOW CPR – LEARN IT NOW AND SAVE A LIFE! 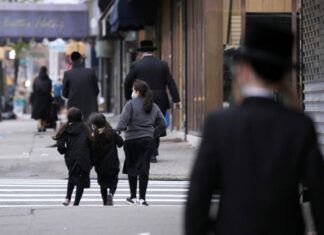