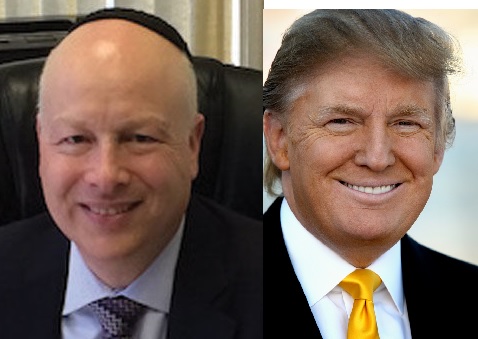 One of President-elect Donald Trump’s main advisers on U.S.-Israel relations will be his special representative for international negotiations.

A statement from Trump’s transition team Tuesday said that attorney Jason Greenblatt has been named to the role.

For two decades, Greenblatt has worked for the Trump Organization and currently serves as its executive vice president and chief legal officer.

In the statement, Trump said that Greenblatt “has a history of negotiating substantial, complex transactions on my behalf,” and has the expertise to “bring parties together and build consensus on difficult and sensitive topics.”