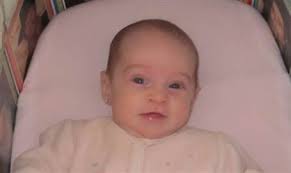 A United States district court ruled Tuesday that Iran and Syria must pay $178 million in damages to the family of a three-month-old baby who was killed in an October 2014 terrorist attack in Jerusalem.

Chaya Zissel Braun, who held both American and Israeli citizenship, was killed when Abd al-Rahman al-Shaloudi, a Hamas terrorist from eastern Jerusalem, rammed his car into a crowd of people at the Ammunition Hill light rail station. The vehicle hit Braun’s stroller, killing her and seriously injuring her father Shmuel. Keren Yamima Mosquera, a 22-year-old Ecuadorian woman, was also killed in the incident.

At the trial, expert witnesses for the plaintiffs established that Iran and Syria had provided material support to Hamas, which acknowledged prior to the attack that al-Shaloudi was its operative. The court ordered a default judgment against the two state-sponsors of terrorism.

The lawsuit was brought to the Washington, D.C., District Court on behalf of Braun’s parents, Shmuel and Hanna. The family was represented by Nitsana Darsan-Leitner, director of Shurat Hadin, the Israel Law Center.

“This ruling sends a clear message that the heavy price will be imposed on anyone who finances terror and spills the blood of innocents,” said Darshan-Leitner, whose NGO seeks to wage a legal struggle against global terror. “We will continue to constantly pursue Syria and Iran through any legal means at our disposal to ensure that the victims of terror have justice.”