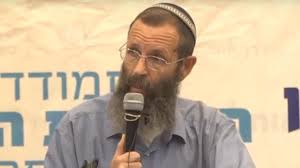 It has been a difficult year in the religious Zionist camp vis-à-vis the growing anti-religious policies and atmosphere that exist in the IDF under IDF Chief of Staff Lt.-General Gadi Eizenkott. It has been a year of expelling cadets from officer’s training for walking out of kol isha performances, compelling soldiers to shave their beards, and simply defying long-standing policies to accommodate Torah observant soldiers. Military police lock up frum girls, who are sent to prison for weeks, and the IDF Rabbinate under Eizenkott has been stripped of a great deal of its authority, which the military’s commander preferred to place in the hands of the anti-religious Education Corps, more in line with his own hashkafa.

One of the more outspoken critics has been Rabbi Yigal Levinstein of Yishuv Eli, ironically a co-founder of the prestigious Bnei David IDF Prepatory Yeshiva in his community, a man who maintains the rank of brigadier-general in the reserves and has dedicated his life to serving in and promoting the value of IDF service.

However, when the IDF trampled Yiddishkheit, Levinstein spoke out, opening, blasting the Education Corps and its vehemently anti-religious guidelines. In return for his service, IDF Chief Education Officer Brigadier-General Avner Paz-Tzuk has banished Levinstein, informing the appropriate units that Rabbi Levinstein may no longer address troops, labeling him persona non-grata for daring to challenge the anti-Halachic policies of the IDF, for daring to speak out publicly and placing halacha ahead of IDF regulations. In the eyes of the IDF’s leaders, there can be no authority higher than General Staff regulations, certainly not HKBH, and this is evident on a day-to-day basis.

Levinstein has blasted the IDF’s tolerance for toeiva and other up-and-coming modern day Israeli values R”L, labeling them anti-Torah and anti-Jewish, eliciting the ire of Paz-Tzuk, who is well known for his disdain for Yiddishkheit, who is backed by Eizenkott.

For the leading rabbonim in the dati leumi camp, the quagmire continues as they attempt to tread water and navigate their way through the murky anti-religious waters of the IDF while still encouraging the next generation of their youth that IDF service is a mitzvah, an obligation, a part of their ushering in of the final redemption.