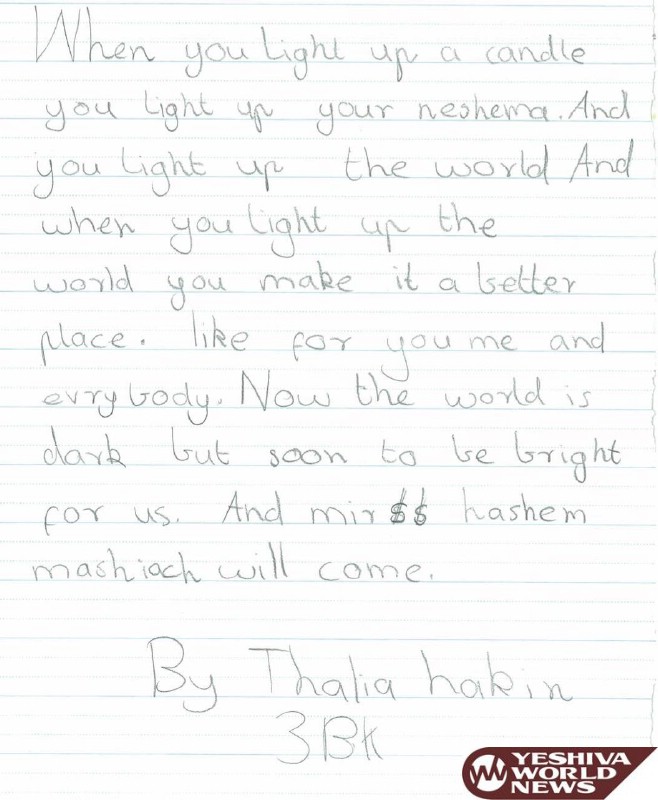 YWN-ISRAEL recently reported of the tragic death of 9-year-old Thalia Hakin A”H, a student of Beth Rivkah in Australia. She was killed in a vehicle ramming attack that claimed four lives and left dozens injured. Among the injured was her mother Nathalie, who was in serious condition and her sister Maggie, 9.

The accompanying photos show the cover of The Australian Jewish News, which is dedicated in Thalia’s memory along with a note released to the media by her family written by Thalia.

The Hakin family calls on anyone who feels their tragedy close to their hearts to add a good deed in her memory, stressing Ahavas Yisrael. The family explains this in particular was close to Thalia as she exceeded in practicing it. They call on those who normally may not to light Shabbos candles in her memory. The family shares Thalia’s note for everyone to appreciate the special young girl. 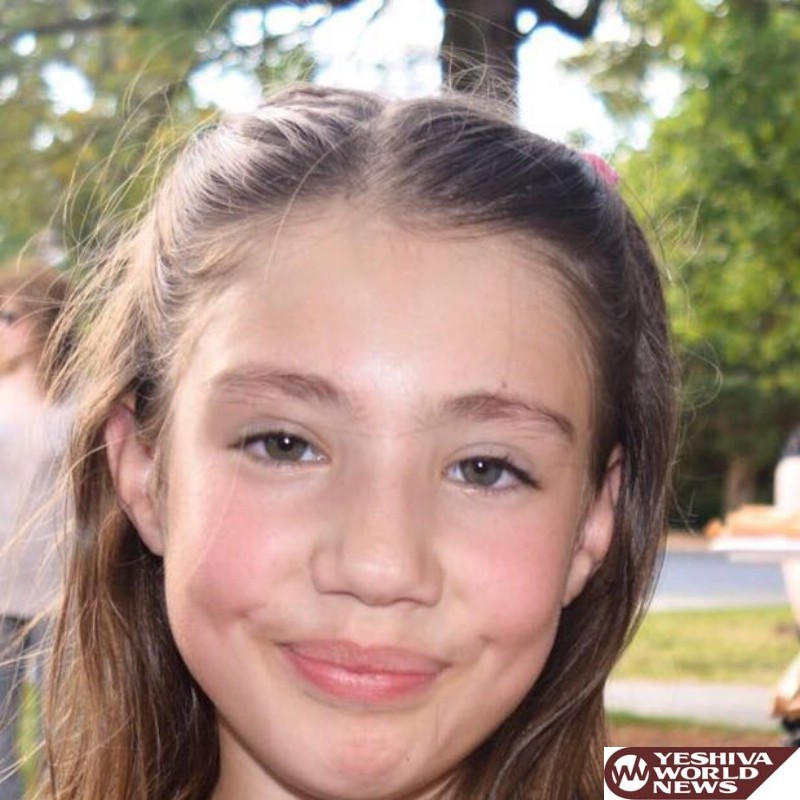