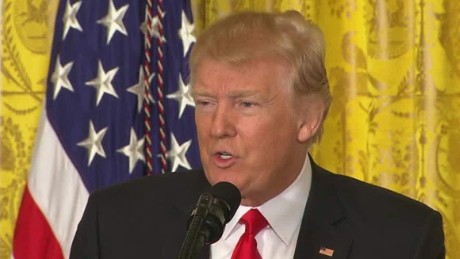 The election of President Trump, and the presence of a Shomer Shabbos daughter and son-in-law, has sparked new interest in the blessing that is recited upon kings. Indeed, the issue even made it into the Annual Five Towns Brachos contest. Does we recite a blessing over President Trump? Is it just kings who have life or death in their hands, or is it even U.S. presidents?

But how often is this blessing recited? What if you happen to be Jared and Ivanka? Do you say it every day? It would seem that the blessing is only made once in every thirty days, according to a quote of the Raavad found in the Orchos Chaim. It is also interesting to note that in the Sefer Chasidim (#950) there is a limitation placed on this Mitzvah. It seems that if one never saw the king (or president) then one should try to go see him. If, however, he had already seen him, the Sefer Chassidim writes, then he should not be mevatel from his Torah studies.

What happens if, in the future, Ivanka Kushner, the president’s popular daughter, chooses to run and wins? Which version of the blessing would be recited – the first version for Jewish kings or the second version for kings of the nations? The Sho’el v’nishal (OC Vol. I #73) rules that if that person were to follow the ways of the Torah than the first version is recited. Otherwise it would be the second version.

What would be the halacha if the president were to forgo high-end clothing and were to try and go incognito – such as in overalls? The Kaf haChaim 324:33 cites numerous Poskim who state that the blessing was only enacted when the physical manifestations of that Kavod are present. The Halacha Brurah (Vol. XI p. 305), Rav Ovadiah Yosef’s son, rules that one does not recite the blessing in such a situation with Shaim uMalchus – but just the words themselves. Ashkenazic Poskim do not cite this caveat. One should check with one’s own Rav or Posaik.

DOES HE HAVE TO SEE HIM?

The Debreciner Rav rules that if one saw the president on television the blessing is not said. Indeed, one does not even say it without shaim uMalchus.

Rav Ovadia Yosef zt”l ruled (Yechave Daas 2:28) that the blessing is recited as long as the person in charge can either execute or pardon someone from exection. He cites the Radvaz (Vol. I #296) as well as the Orchos Chaim (Hilchos Brachos Siman 49) to this effect.

Rav Dovid Yosef Shlita in his Halacha Brurah (Vol. XI page 306) writes that one recites the blessing with Shaim UMalchus even on a democratically elected leader of a limited term. This is true only as long as his pardoning cannot be overruled.

What about a President who doesn’t wear royal clothing? Rav Ovadia Yosef zt”l in his Yabia Omer 8:22:25) writes that when the President Richard Nixon flew to Israel the blessing was recited without Shaim u’Malchus. It seems, however, that this concept has evolved a bit, taking into account that in Western countries, kings and leaders just don’t wear royal clothing anymore. Thus, Rav Dovid Yosef rules that even if the king is not wearing specialized clothing but is wearing respectable clothing and is surrounded by other significant people, then a blessing is made with Shaim uMalchus.

The Gemorah explains that one should actually make an effort to see kings in order to be able to distinguish between Jewish and non-Jewish kings. Rashi explains that the reference is to Melech haMashiach, when he arrives. Seemingly, the reason is so that we can better appreciate Moshiach – when he finally arrives, and the Chessed that hashem has done for us.

The Rambam seems to imply a different reason. The Gemorah (Megillah 15b) tells us that Esther was punished when she went to see Achashveirosh and she reached the outer hall. The Shechina was no longer with her and she noticed the deficit and recited the verse in Tehillim (22), “Hashem, Hashem, why have You abandoned me?” One of the questions of self-examination that she asked herself was that perhaps she had incorrectly referred to Achashveirosh disparagingly. She then immediately corrected herself. The Rambam explains in his commentary to Esther (5:1) that Hashem had given of His Kavod to flesh and blood and it was wrong of her to speak of him in a pejorative manner. It seems from this Rambam, the reason for the bracha is to take note of the honor which Hashem endowed a human being.

It is interesting to note that when Kaiser Wilhelm came to Yerushalayim on a Shabbos, the 13th of Cheshvan in 5659, they told Rav Yoseph Chaim Sonnenfeld zt”l of his imminent arrival. He was to arrive at 3:00 PM. Yet the Rav did not wish to greet him. They inquired as to why not. He responded that he had a tradition from the Vilna Gaon that the German people were safaik Amalek and that it is forbidden to recite the blessing of, “boruch shenasan mikvodo l’basar vadam.” One of my Rebbeim, a holocaust survivor, had related this incident to me some thirty five years ago and wondered, “In light of the holocaust, it may no longer be a safaik.”

The author’s books can be purchased at Amazon.com