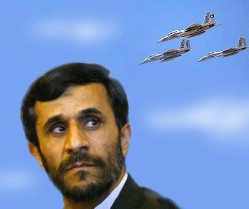 According to Iran’s Army Commander General Ahmad Reza Pourdastan, Iranian forces will be taking part in a series of massive military drills in the country’s southwestern provinces of Khuzestan and Ilam next September, the FARS news agency reports.

General Pourdastan further pointed out that five divisions and seven sovereign units would showcase innovative military strategies and skills during the exercises.

He also said that Iran’s latest achievements in weapons production will be tested in the maneuvers, and added, “The war games are also aimed at practicing new military skills in a combat theater with rough terrain.”

The Iranian commander noted that some of the weaponry planned for use and testing during the drills includes refurbished and upgraded tanks utilizing laser systems, helicopters and Unmanned Arial Vehicles (UAVs).