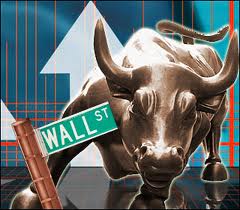 A sell-off in U.S. stocks accelerated Wednesday, with all three major indexes ending at their lowest levels of 2011.

Trading was extremely choppy as investors tried to sort out disappointing U.S. housing data against the backdrop of developments in Japan.

Moreover, the U.S. Embassy in Tokyo cautioned American citizens who live within 50 miles of the damaged Fukushima Daiichi nuclear plant to evacuate or take shelter indoors.

The Dow Jones industrial average tumbled 242 points, or 2%, with all 30 components of the blue chip index in the red. The index was down almost 300 points at its low for the day.