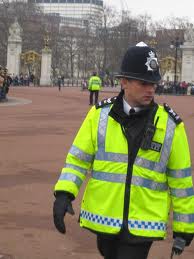 Police are building a profile of a criminal with “intimate knowledge” of the Jewish community after more than £110,000 worth of religious items was stolen in a spate of robberies.

At least eight robberies have taken place within three months in and around Golders Green, north-west London.

Detective Sergeant Julie Henderson of Barnet CID said a man had been caught on CCTV on two separate occasions punching a pin number into a keypad at Golders Green Synagogue. She believes that the same man is behind each robbery and said police were analysing video footage and footprints found at the locations.

Or Yisroel Sadigur in Golders Green was targeted on March 16, when the suspect entered through a small window on the ground floor and forced entry to the Ark through two sets of locked doors. Two silver breastplates, three silver yadayim (pointers), and silver bells, valued at £100,000, were stolen.

The previous week, the suspect broke into the rabbi’s house, next door to the shul, stealing items to the value of £10,000.

DS Henderson said: “These items are quite distinctive and must be being sold on within the community. “

Mark Gardner, of the Community Security Trust, said: “We ask the community to remain vigilant and ensure that premises are properly locked.”