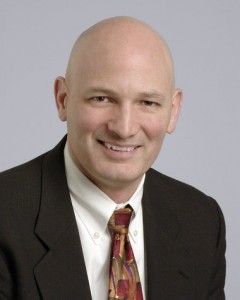 The following article appeared in Cleveland.com:

Thousands of Orthodox Jews gathered on Sunday night at Jerusalem’s Western Wall to offer prayers for the speedy recovery of 101-year-old Rabbi Shalom Yosef Elyashiv, who was undergoing vascular surgery just a few miles away. But the fate of the rabbi, who is considered to be one of the greatest living experts on Jewish law, did not ultimately fall to his devoted followers, or even his Israeli doctors — it was in the hands of Cleveland Clinic surgeon Dr. Daniel Clair.

Clair, chairman of the Clinic’s Department of Vascular Surgery, flew nearly 6,000 miles to operate on the rabbi, who is the highest profile leader of the Lithuanian stream of Ultra-Orthodox Judaism.

The doctor arrived in Jerusalem on Sunday night with Clinic radiology technician Bryan Kolar. They brought the basic equipment necessary for the unnamed vascular procedure with them. The pair were met by hundreds of the rabbi’s supporters and family members, and several leaders of the Orthodox Jewish community. “We truly felt like rock stars,” said Clair.

The four-hour surgery took place a few hours after the team’s arrival at the Shaare Zedek Medical Center in Jerusalem. While the procedure itself was not “particularly debilitating,” said Clair, the patient’s advanced age put him at a higher risk.

Clair declined to provide details as to the type of procedure, but said similar, successful surgeries at the Cleveland Clinic that had been performed on elderly patients — including a few over the age of 100.

As of Tuesday night, Clair reported that Elyashiv was recovering at home with his family.

This was not the first time that Clair had treated Elyashiv for a vascular issue. The doctor was the rabbi’s surgeon seven years ago when Elyashiv needed an operation to correct a life-threatening condition involving his aorta. At that time, a number of other physicians had refused to treat the rabbi before Clair — then a doctor at New York-Presbyterian Hospital — agreed to perform the procedure, which was ultimately successful.

Clair said that he had been in communication with the rabbi’s doctors since that initial surgery and a few weeks ago they decided that Clair should fly back to Israel to perform Sunday’s procedure. Elyashiv and his supporters paid for the surgical team’s transportation.

“It’s unusual [for a surgeon to travel this far], but the decision was impacted by the nature of the individual,” Clair said. “He’s very important to the Orthodox community and to Jews throughout the world.”

Clair, who is Catholic, described Elyashiv as “a very pious and special individual,” who was still studying scripture up to a few hours before his surgery.

Elyashiv’s importance as a Jewish leader was evident to Clair and Kolar after Israel’s President, Shimon Peres, visited to thank them.

“[Peres] said that we needed to understand the gravity of what we were doing,” said Clair, “not just to Jews in Israel or worldwide, but to the state of Israel itself. He said we were setting an example for peace.”

In a phone interview from the airport before his return flight on Tuesday night, Clair said that the Clinic was supportive of his trip.

“Our clinicians are used to seeing high-profile patients, or patients that have really complicated situations,” he said. “We pride ourselves in being the best in the world.”