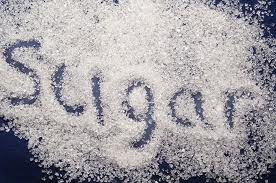 According to brain scans, sugar is as addictive as cocaine, the California-based endocrinologist told CBS News’ “60 Minutes.”

It causes a euphoric effect that triggers dopamine, the chemical that controls pleasure in the brain.

The average America eats a third of a pound of sugar every day — 130 pounds a year.

Lustig says his research proves that the sweet stuff causes heart disease and cancer, as well as Type 2 diabetes and obesity.

And its not just the added sweeteners we add to our foods, like table sugar, or the desserts we eat.

Sugar is everywhere in foods where we least suspect it, including breads, yogurt, peanut butter and sauces.

Kimber Stanhope, a nutrional biologist at the University of California Davis, believes that a calorie isn’t just a calorie and that overconsumption of high-fructose corn syrup increases risk for heart attack and stroke.

According to her research, when a person consumes too much sugary food and drink, the liver begins to convert some of that fructose to fat. This fat can lead to an increase in dangerous LDL cholesterol that can form plaque in the arteries.

Too much sugar is also linked to many kinds of cancers, including breast and colon cancer.

Some tumors have insulin receptors which feed on glucose, according to Lewis Cantley, a Harvard professor and the head of the Beth Israel Deaconess Cancer Center.

There is some irony in America’s rising sugar intake. Since the 1970s, we’ve been told that too much fat is unhealthy. Food manufacturers responded but the results have backfired on our health.

“Take the fat out of food, it tastes like cardboard,” said Lustig. “And the food industry knew that. So they replaced it with sugar.”

CBS News talked with Jim Simon of the Sugar Association, who voiced doubts as whether sugar is root of all dietary evil.

“To say that the American consuming public is going to completely omit, eliminate, sweeteners out of their diet I don’t think gets us there,” he said.

All the experts agreed that quitting sugary drinks and added sugar to foods is a good place to start.

Lustig has co-authored a report with the American Heart Association recommending men should consume no more than 150 calories of added sugars a day. And women, just 100 calories.