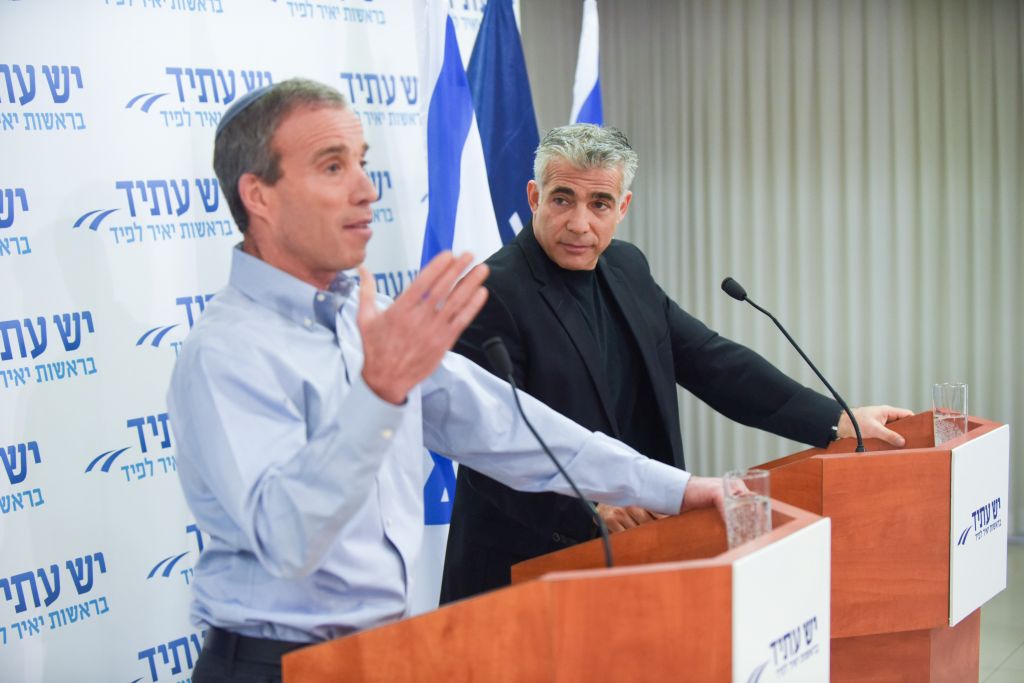 Yesh Atid party leader MK Yair Lapid met with dati leumi rabbonim accompanied by party colleague MK Elazar Stern, a former IDF major-general and head of Human Resources in the IDF. They met with some of the rabbonim who signed the letter addressing mixed gender units in the military. Lapid explained that with all due respect, IDF policy would be set by commanders and not rabbonim.

The rabbonim explained the difficulties with the mixed units to Lapid, adding following their meeting last week with IDF Chief of Staff Lt.-General Gadi Eizenkott, they are conducting meaningful talks with IDF representatives.

Rabbi Stav made a point in highlighting there is a major difference in the position they represent and the words spoken by Rabbi Yigal Levinstein of Bnei David. Rabbi Stav explained they do not oppose women serving in the IDF, citing their position is representative of 90% of the country. He explained that the rabbonim are opposed to direct orders compelling male and female soldiers to serve together in a combat situation.

Lapid stressed that commander and not rabbonim will decide how the IDF operations, but welcomes the dialogue between them and the IDF, which he feels can be most productive. He feels any and all religious girls wishing to enter the IDF must be permitted to do so, and that the tzibur realizes the entire dati leumi community are not like MK Betzalel Smotrich and Rabbi Yigal Levinstein.

It was stressed that the overwhelming majority of the dati leumi community objects to attacks against the values of the nation and the IDF.

MK Stern added “You rabbonim have an important role, to show to the Israeli public there are different streams of dati leumi and you represent the majority and must units between the factions. There is no group that is better than this group of rabbonim which instill hope for united Judaism and I am happy to be a part of this meeting. This type of meeting is the way of Yesh Atid as a party, which connects different factions of the people and stresses that which unites rather than that which divides”.