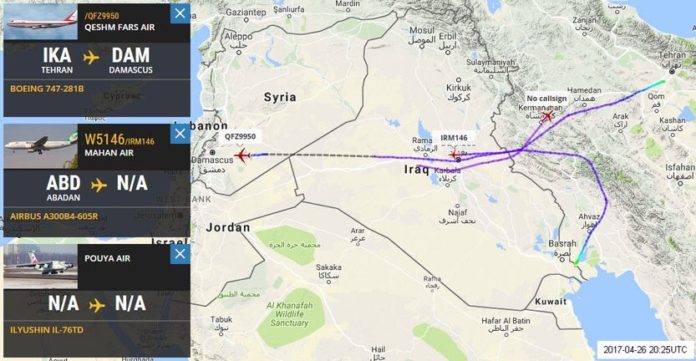 According to a report by Haaretz, as many as four cargo planes from iran landed at an airport near Damascus a short while before an alleged Israeli air strike hit a military compound nearby.

Hours before the blasts, which took place at 3:25 A.M., two Iranian 747 cargo planes, an Iranian Ilyushin il-76 and a Syrian Ilyushin il-76 landed in Damascus, according to the flight radar tracking site Flightradar24.com.