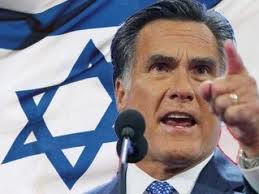 According to an exit poll released by “iVoteIsrael”, an organization seeking to encourage Americans in Israel to vote, 85% of the voters selected Mitt Romney over the incumbent, US President Barak Obama.

Not surprisingly, the head of Democrats Abroad Israel Hillel Schenker dismissed the validity of the poll, which he calls “unscientific”, explaining the exit poll was based on information from voting stations in predominately Orthodox and right-wing areas. He stresses that there are no reliable polls that can indicate just how Americans in Israel vote.

The chairman of Republicans Abroad Israel L. Marc Zell views things a bit differently, accusing his democratic counterpart of being “out of touch with reality”.

CNN’s Jonathan Mann, who moderated a pre-election discussion surrounding the candidates in Tel Aviv University, the number of Americans in Israel expected to vote topped 100,000, up from about 30,000 in 2008. iVoteIsrael places that number closer to 80,000.