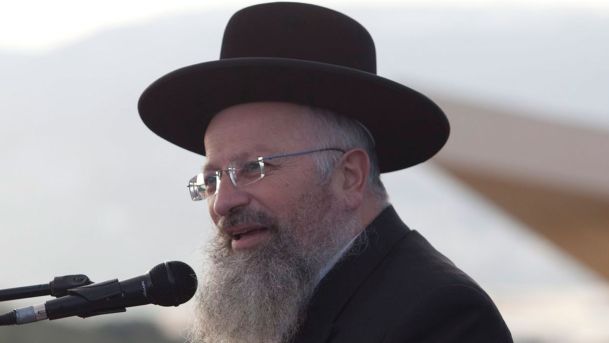 The High Court of Justice on Tuesday, 7 Shevat, gave the state a 60-day extension, during which Justice Minister Ayelet Shaked is expected to formulate her decision regarding several statements made by Rabbi Shmuel Eliyahu Shlita, Chief Sephardi Rabbi of Tzefas.

The hearing, which took place in front of a panel of three justices headed by Supreme Court President Esther Hayut, dealt with the petition filed by the Reform Movement against Minister Shaked, who asked the court to issue an order to force her to explain why she is not using the authority of her office to prosecute Rabbi Shmuel Eliyahu.

The reason: the fact that he receives a salary from the state as a city rabbi, in parallel to “systematic and ongoing incitement against large segments of Israeli society,” as the petitioners put it. The petition is based, among other things, on Rabbi Eliyahu’s statements in recent years that it is forbidden to sell and rent apartments to Arabs.

As recently mentioned, only a few weeks ago, Tzefas’ rabbi raised a storm – even within the dati leumi community – when he called for the resignation of Chief of Staff Gadi Eizenkott because of his claim that he is leading a series of reforms in the IDF that are contrary to the spirit of the Torah.