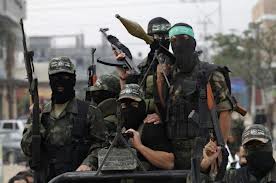 The words uttered earlier this week by PA (Palestinian Authority) Prime Minister Salem Fayed seem to play out in a PA election poll, questioning who PA residents would vote for if elections were held today.

48% of PA residents would vote for Hamas Prime Minister Ismail Haniyeh while only 45% would reelect the incumbent, Fatah leader Abu Mazen. When Marwan Barghouti is thrown into the equation, he emerges the victor with 51% of the vote.

It appears one’s terrorism resume is what wins votes among PA residents, for Barghouti, the head of the Tanzim faction of Fatah is currently serving five life sentences in an Israeli prison for his heinous acts of terror.

According to the Yisrael HaYom report, the poll included 1,270 respondents living in Gaza and PA areas throughout Yehuda and Shomron. The poll also shows only 14% of the respondents are interested in a Palestinian state based on the principles of Islam as Hamas is seeking.