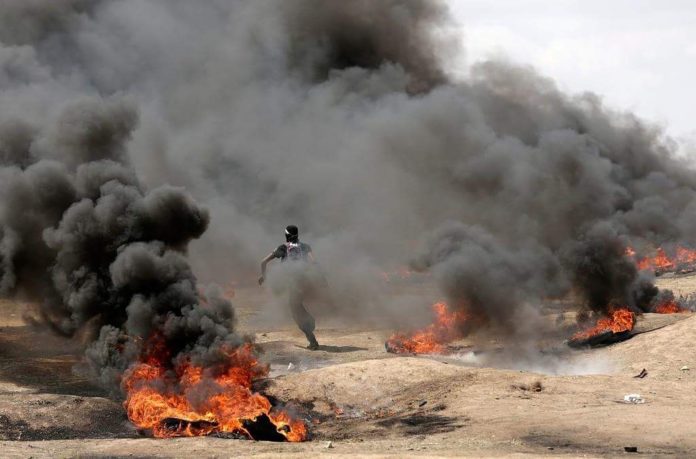 The head of the Hamas political bureau, Ismail Haniyeh, recently concluded a significant meeting in Egypt with the head of intelligence, General Khaled Fawzi, during which it was made clear to him that if the demonstrations planned for the Nakba Day march were out of control, Israel would not hesitate to liquidate the terror organization which is organizing, funding and encouraging it.

It should be noted that since Operation Protective Edge, Israel has almost ceased to adopt this policy as a warning to the Hamas leadership.

Haniyeh, who was summoned to a meeting with the head of Egyptian intelligence last week, responded negatively, but after pressure exerted on him, he agreed to leave for Egypt.

It was reported today that as part of the IDF’s preparations for the riots expected, there is growing concern over the kidnapping of an IDF soldier under the auspices of tens of thousands of Palestinians who intend to flock en masse to the fence.