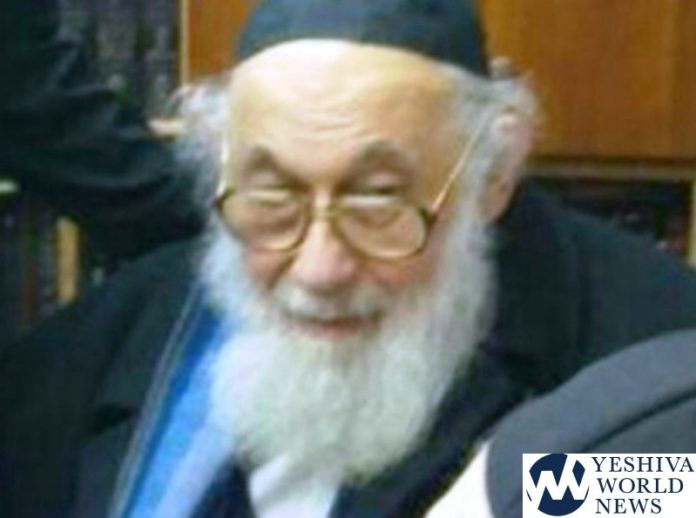 Baruch Dayan Emmes: HaGaon HaRav Yosef Rosenthal ZT”L, was niftar on Thursday in Mayanei HaYeshua Hospital in Bnei Brak at the age of 82. The niftar lived at 22 Rashbam Street, and was among the choshuva mispallalim at the Lederman Shul.

Rav Rosenthal was admitted recently after not feeling well and his condition deteriorated rather quickly. His only son was niftar 24 years ago.

The niftar was a Sofer STaM, and wrote the personal Sefer Torah used by HaGaon HaRav Chaim Kanievsky Shlita. He was also the Baal Tokea in Lederman during Elul, following the neitz minyan.

It is told that he was close to the Steipler, and Maran HaRav Kanievsky relied upon him for all matters of STaM.