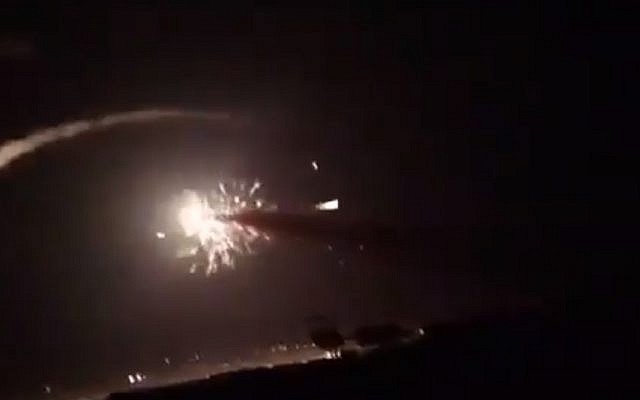 Sanaa News Agency reported that the air defense systems in Syria were activated and shot down some Israeli missiles.

In an apparent Hezbollah retaliation, the IDF spokesperson said that the Israeli air defense systems shot down an anti-aircraft missile fired into Israeli airspace and that no damage or injuries were reported.

The reports of the attack came shortly after a plane landed in Damascus airport that flew from Iran. Newsweek is reporting Israel’s air strike was conducted minutes after Hezbollah leaders boarded a plane bound for Iran, according to a Department of Defense source with access to the information from Israeli senior military officers with direct knowledge of the attack.

Several Iranian ammunition supply points were also a target of the bombing, the source said. The supply points contained valuable, GPS-guided ammunition from 2017, some of the best available to the Iranian army and Hezbollah.

Syrian News Agency says the “Aggression on #Syria” continues “from the Lebanese airspace” and air defenses are responding. pic.twitter.com/i6W7XjkNOA

The Lebanese Anshara website reported huge explosions near the villages of al-Eyn al-Jedida, located in the eastern mountain range on the Lebanon-Syria border. Local residents reported Israeli jets circling the area prior to the explosion. The website also reported that Syria was using a new style of air defense with newly improved ground-to-air missiles.

On the Israeli side of the border, residents from Hadera reported seeing a smoke-trail in the sky together with a loud explosion. The smoke-trail was also visible from northern parts of Israel.

The reported attack near Damascus is the first since U.S. President Donald Trump announced last week that the U.S. will withdraw all of its 2,000 forces in Syria, a move that will leave control of the oil-rich eastern third of Syria up for grabs.

Following Trump’s announcement, Israeli Prime Minister Benjamin Netanyahu has said that Israel would “continue to act against Iran’s attempts to entrench itself militarily in Syria, and to the extent necessary, we will even expand our actions there.”

Nearly an hour after the attacks began, Damascus residents could still hear the air defense units firing toward targets in the air.

“The aggression is still ongoing,” said a presenter on state TV, which interrupted its programs to air patriotic songs.

Later the TV quoted an unnamed military official as saying that Syrian air defenses “shot down most of the missiles before reaching their targets and the aggression damaged an arms depot and wounded three soldiers.” It added that the Israeli warplanes fired the missiles from Lebanese airspace.

Israel’s military spokesman’s unit did not confirm the raids, but said in a statement that “an aerial defense system was activated against an anti-aircraft missile launched from Syria.” No damage or injuries were reported by the Israeli military.

Israel is widely believed to have been behind a series of airstrikes in the past that mainly targeted Iranian and Hezbollah forces fighting alongside the government in Syria. Tuesday’s attack is the first since a missile assault on the southern outskirts of Damascus on Nov. 29.

Russia announced it had delivered the S-300 air defense system to Syria in October. That followed the Sept. 17 downing of a Russian reconnaissance plane by Syrian forces responding to an Israeli airstrike, a friendly fire incident that stoked regional tensions. 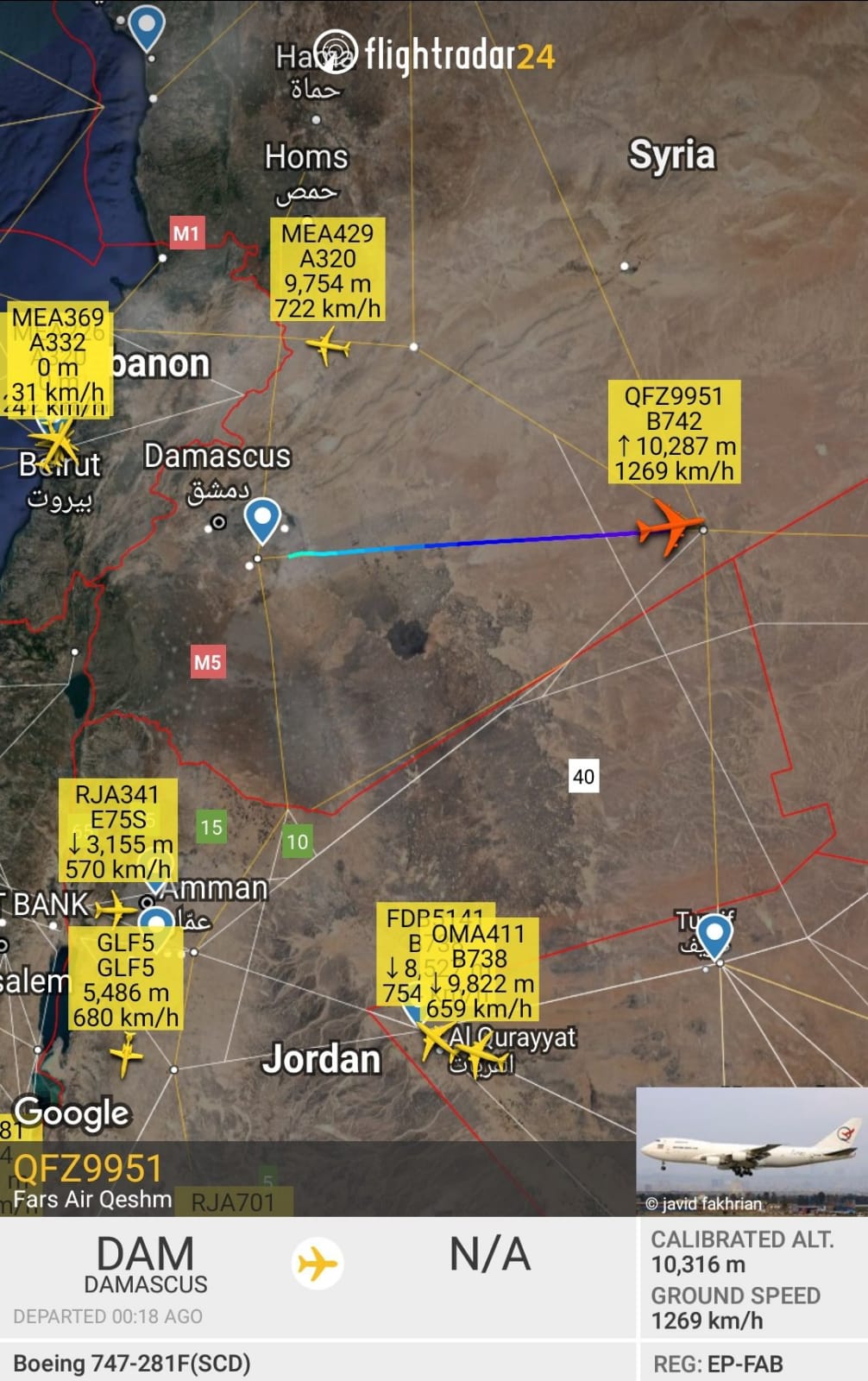