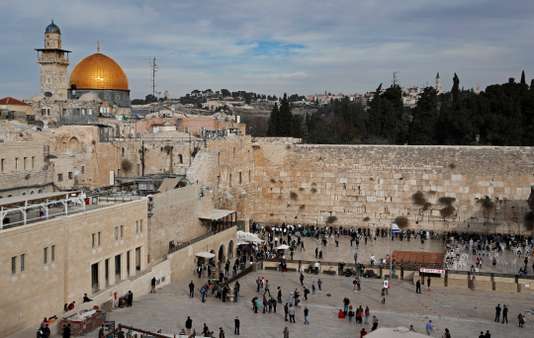 Israel’s Ministry of Tourism has certified a chareidi tour guide to take groups around Israel and to speak with them in Yiddish, a first for the ministry. The tour guide is Yechiel Charaz (חרז), a Slonimer Chossid from Betar Illit.

Yechiel is a vice CEO of a tourist company that works with the chareidi population, and from now on, he is certified as an official tour guide by the state agency, the first person to be certified to give tours in Yiddish, Itamar Eichner reports in Yediot Achronot.

Charaz asked for a special ruling to guide in Yiddish, which was not obtained with ease as the system was unable to find someone certified and a Yiddish speaker to validate and test his knowledge in Yiddish. A Tourism Ministry employee who studied Yiddish in university tested Yechiel and he made the determination regarding his ability to guide in Yiddish, now the only state-certified Yiddish speaking licensed tour guide in Israel.

Yechiel was invited to the office of Tourism Minister Yariv Levin, who personally issued him his guide license which states he may guide in Yiddish.

Minister Levin said in response to Yediot Achronot that “this is the first time in many years that a tour guide has been granted official license in the Yiddish language. This is part of a move aimed at promoting chareidi tourism and making the Ministry of Tourism relevant to a huge public, The chareidi tourism brought Israel huge revenues last year.”

Yechiel told Yediot, “I guide groups of chareidim, Satmar chassidim and even admorim, and I tell them that I am the biggest Zionist who will get them to love Israel. I tell them that this is the only place in the world that we have as Jews, since it is ours”.