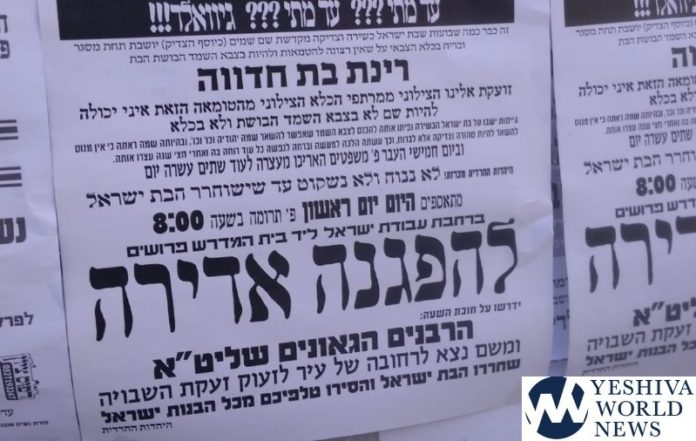 The pashkavil on Sunday, February 3, 2019, questions “How long” regarding the drafting and imprisonment of women who are refusing to be drafted into the IDF. The protest on Sunday refers to a specific woman, Rinat bas Chedva, who remains in military prison for her refusal to be drafted as IDF authorities do not recognize her as being frum, and therefore insists on drafting her. This past Thursday, January 31st, a military court extended her detention for an additional twelve days.

In response, a protest is taking place on Sunday at 8:00M on Avodas Yisrael Street near Beis Medrash Prushim, an event dubbed “A giant protest with the participation of Rabbonim and Geonim Shlita”.

The participants will march to “the streets of the city” from the meeting location, demanding the release of Rinat bas Chedva by military authorities. The pashkavil is signed by the Eida Chareidis.