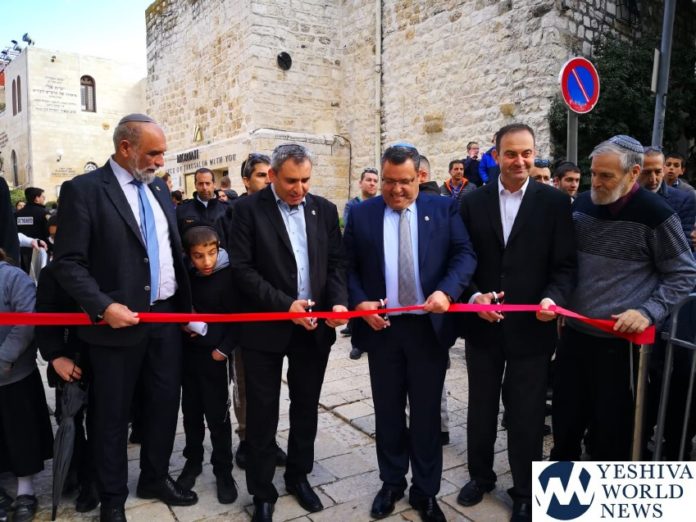 On Sunday, February 17, 2019, the heads of the development company, together with the Mayor of Jerusalem and the Minister of Jerusalem Affairs, inaugurated the beautiful Kirya project and exposed the renewed Burnt House, where secrets of Jerusalem’s past have been exposed over the years.

Archaeological excavations in the Old City and its environs are a highly productive enterprise that has become an inspiring national enterprise and of tremendous public interest in Israel and around the world. The Jewish Quarter Development Company, headed by CEO Herzl Ben-Ari, is working to renovate the Jewish Quarter as projects are in various stages of construction throughout the Quarter, including the Kosel elevator, the beautiful Kirya, the Revival Park, the Herodian Quarter Museum, the Burnt House, and the Project of Jerusalem of Mosaics.

The Ministry of Tourism, headed by Yariv Levin, the Ministry of Construction & Housing, together with the Jerusalem Affairs Ministry headed by Minister Ze’ev Elkin, transferred huge budgets, in the amount of tens of millions of shekels to various projects.

Mayor of Jerusalem, Moshe Leon: “The Burnt House is home to thousands of years of Jewish history that were destroyed because of baseless hatred, and despite all that the Jewish People have gone through, we have returned here, the children of Jerusalem live and play here and we will do everything to preserve the present, The future, the future of our children here in the Jewish Quarter, Jerusalem and Israel.”

In the framework of the beautiful Kirya project, architectural innovations are made in the perception of the urban public space. The total cost of the project is approximately NIS 40 million, and the first stage of the works was a pilot conducted in the Rusnak Square on HaYehudim Street – a major tourist attraction in the Jewish Quarter parallel to the Cardo Street in Byzantium. Renovation of the Rusnak Square is estimated at NIS 2.5 million.

The Tiferes Yisrael Shul, one of the most prominent landmarks of the Jewish Quarter of Jerusalem until it was destroyed in 1948. About four years ago archaeological excavations began and recently the renovation and restoration of the shul began, which is expected to rise to 25 meters and spread over 4 years. In the first stage, construction work will focus on three underground floors at a height of ten meters underground, and above the three levels the Tiferes Yisrael Shul will be restored. The total cost of the project is estimated at NIS 50 million.

Between the Jewish Quarter and the Kosel Plaza in Jerusalem are many staircases that limit access to people with disabilities. The Kosel elevator project is designed to create a convenient and accessible passage for the entire population. A 26-meter-long elevator and a 65-meter tunnel that will take visitors straight to the Kosel Plaza. The total area of the project is 2,000 square meters, the cost of which is estimated at NIS 57 million.

The Burnt House – is a nickname for the residence of a Jerusalemite rich man from the Bayis Sheni period. This is one of the most moving testimonies from the events that preceded the destruction of the Beis Hamikdash in 70 CE. Recently the site underwent a thorough renovation. In addition, Moshe Alfie created a film that describes the plot of the Katros family, one of the families of the kohanim who lived in the house during the destruction of Bayis Sheni. The film was re-edited and added to other languages: Chinese, Spanish, English, French and Russian. The cost of the project is about NIS 1 million.

The Revival Park covers an area of about 12 dunams, including sports fields, amusement facilities and an amphitheater and archaeological sites from the Byzantine period. The garden is of great significance as the only green lung in the Quarter, and the company is promoting a program to develop and improve the visibility of the garden for the benefit of the community and for the benefit of the visitors. The project is estimated at NIS 10 million.

The Herodian Quarter Museum is the largest and most important historical site in the Jewish Quarter. These were the homes used by the Jerusalem nobility during the reign of King Herod, and later, until the destruction of Bayis Sheni. The large number of mikvehs found throughout the buildings explains that they were used as privileged priestly families. As part of the renovation plan, the interior of the museum will be renewed, and the systems will be updated. In addition, a new entrance building will be constructed, which will include an auditorium and will also serve as an information center for visitors in all the sites of the Jewish Quarter. The project is estimated at NIS 50 million.

The broad wall is part of the wall that surrounded Jerusalem during the period of Bayis Rishon. This section of the wall was exposed in the archaeological excavations that took place after the Six Day War, and its location – in the heart of the Jewish Quarter. Today, the remains of the large wall are located at an open site, about 20 meters below the street level. The site is not accessible to visitors and the only way to view it from all sides is from the top down. The development plan is extensive and includes state-of-the-art technology that will allow you to experience the site very closely and with great pleasure. The project is estimated at NIS 2.5 million.

Cardo Street was a main street in Jerusalem during the Roman and Byzantine periods, which crossed the city from north to south. After the unification of Jerusalem, archeological excavations uncovered large sections of the Byzantine Cardo between Chabad Street and HaYehudim Street: the mosaic of the Madaba Map was upgraded, and the eastern wall of the covered Cardo was decorated with nine mosaics of shops on the Cardo Street in the Byzantine period. 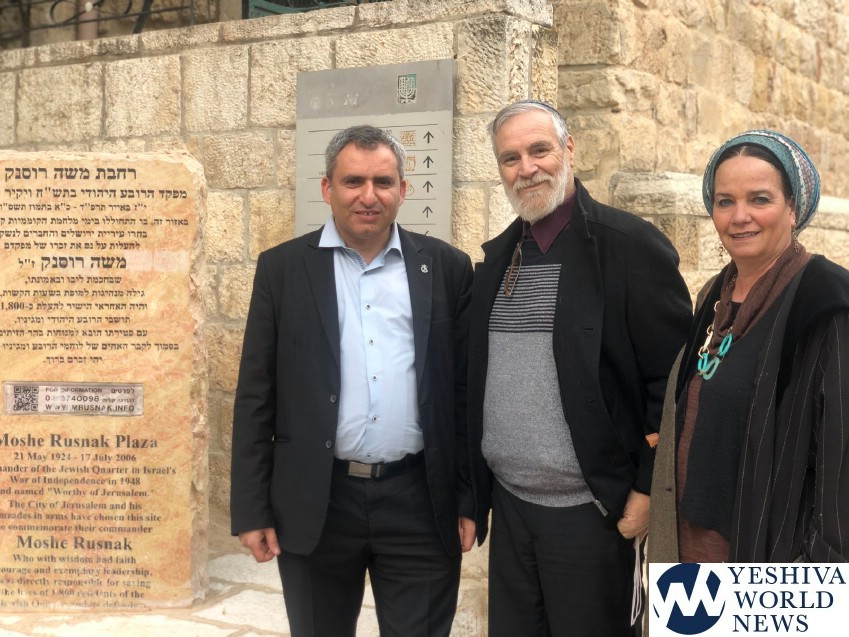 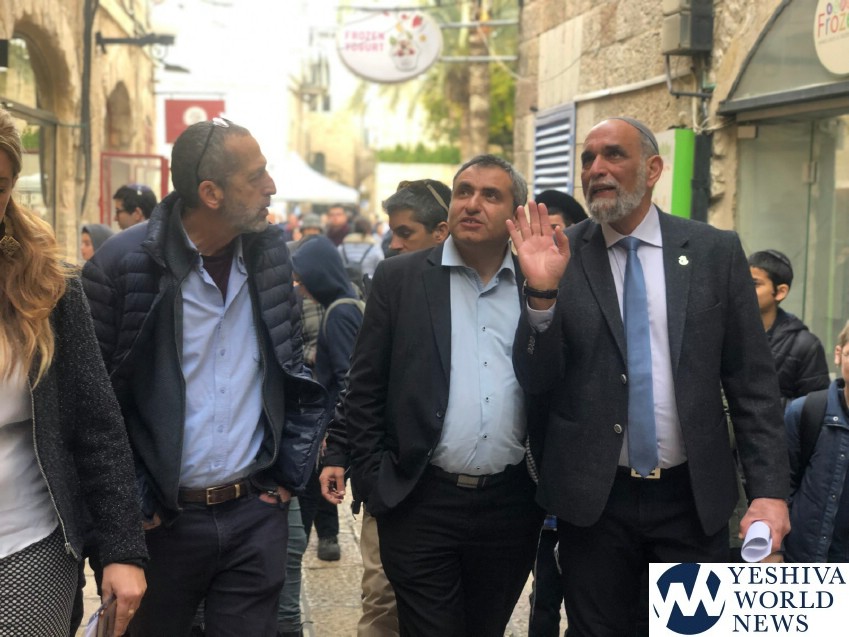 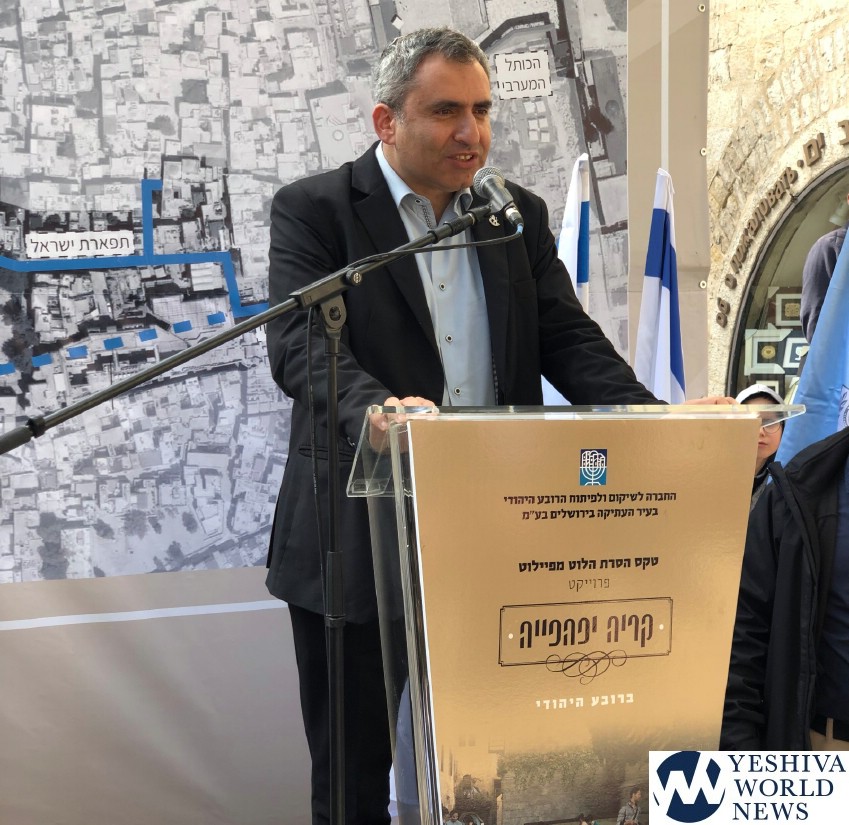 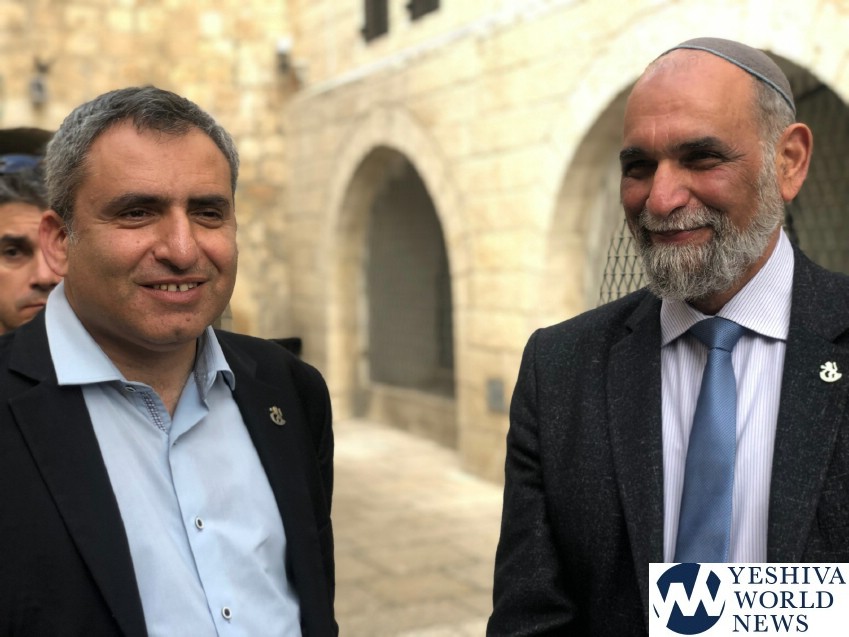