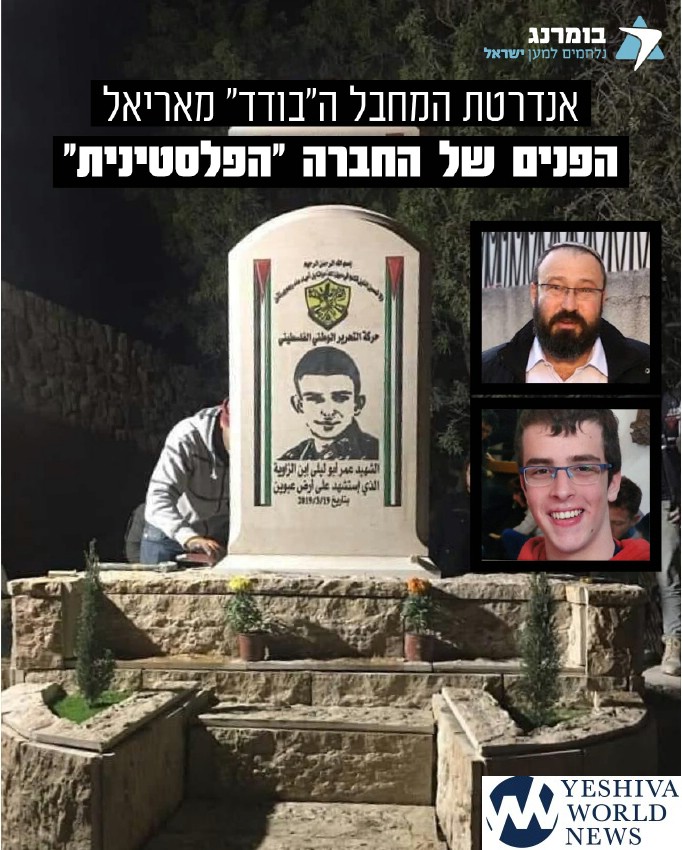 While the families of Rabbi Achiad Ettinger HY”D and IDF Lt. Gal Keidad HY”D mourn their loss, as both were killed in the recent Ariel Junction attack, the heinous terrorist is idolized in the PA.

The terrorist who perpetrated the attack, 19-year-old Omar Abu Leila, was killed rather than be arrested by IDF forces. He has been martyred in the PA (Palestinian Authority) as is the case with other terrorists who murder Jews indiscriminately.

The accompanying photo shows the monument set up for Omar YM”S, yet another signal of the true intentions of Israel’s so-called peace partner. When pressured by Israel and the United States, PA Chairman Abbas insisted he will not stop his government’s policy of providing financial aid to the families of slain and imprisoned terrorists, providing incentives to continue such attacks, money and martyrdom.

SICKENING: Street in the #Palestinian village of #Abwein is named after #terrorist Omar Abu Leila, who murdered Rabbi Achiad Ettinger H"YD, a 47-year-old Rosh Yeshiva and a father of 12, and #IDF Sgt. Gal Keidan, 19, in cold blood at Ariel Junction #israel #terror #Palestinian