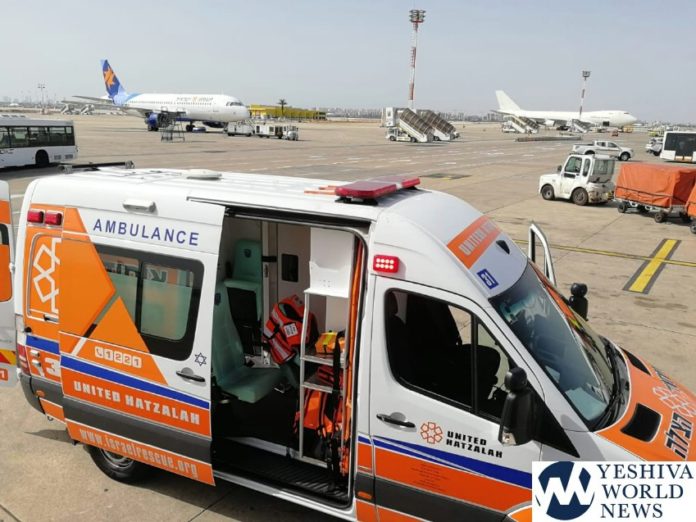 Thousands of people streamed this year over Pesach to the kevarim of Gedolim in the Ukraine including the tziyun of Rav Nachman of Breslov.

Medical teams of United Hatzalah provided treatment to visitors and mispallalim in the Carpathians, Kiev, Bauman, Odessa, and Mezibuz near the tziyun of the Baal Shem Tov.

Nati Austrian, commander of the United Hatzalah (UH) in Ukraine over Yomtov said: “The volunteers of UH, a branch of Uman and the Ukraine, who stay in Uman throughout the year with the help of volunteers from Israel, provided a speedy medical response and medical care to any medical emergency.”

Nachum Bernstein, head of the Tzion-Jerusalem branch of United Hatzalah, who was staying near the tziyun of Rav Nachman over Pesach said a woman who was not feeling well during Chol Hamoed Pesach was flown to Israel after receiving preliminary care by UH EMTs in Kiev.

The photos show the flight landing in Ben-Gurion Airport in Tel Aviv. 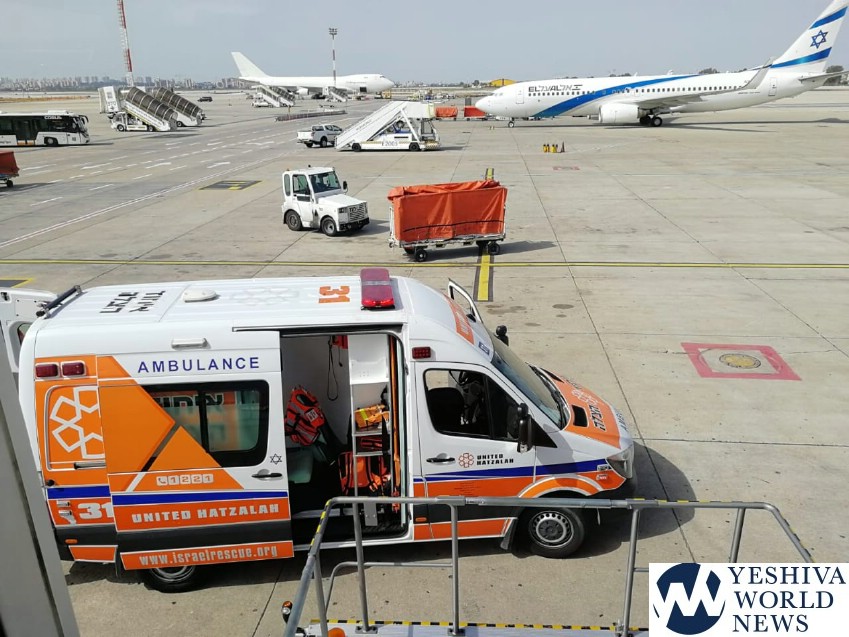 Emergency Yom Tov campaign under the lock down! Donate now! And...

At UN, China, Russia And US Clash Over Pandemic Responses